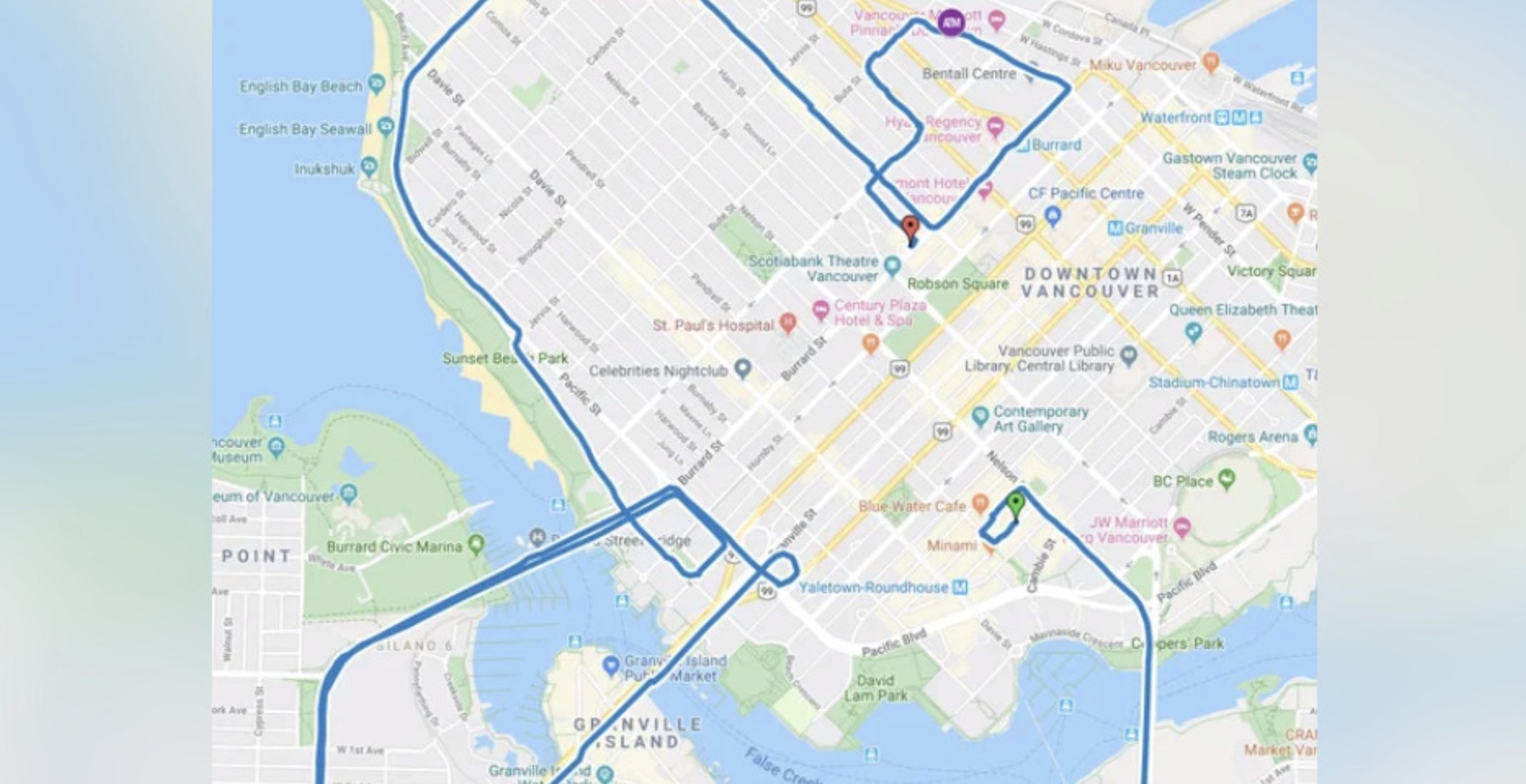 A Yellow Cab customer was taken for quite the ride over the weekend, claiming their cab driver turned what should have been a quick trip to from a downtown restaurant to a nearby hotel into a 35-minute drive to increase the fare.

The customer outlines the details of the trip in a post on Reddit Vancouver’s page published earlier this morning titled “Thank You Yellow Cab for the unnecessary 35 minute scenic tour Saturday night to our hotel 7 blocks away.”

“Our adventure started when myself and 2 other clearly intoxicated friends caught a Yellow Cab taxi outside a Yaletown Restaurant. Both Vancouver Taxi & Black Top refused service and kept driving until I stood in front of a Yellow Cab dropping off a fare,” they wrote.

The group wanted to travel from the restaurant to the Sutton Place Hotel, located several blocks away. What should have been a short cab ride turned out to be a “35-minute scenic tour” of Vancouver and its bridges.

But this taxi customer came prepared.

“Hearing the stories of how the taxi system is so broken in Vancouver I started a GPS tracking app on my smartphone. When he turned towards the Cambie Bridge that’s when it got interesting,” they said.

“He asked where we were from, I lied and told the driver we were visiting from Wisconsin and it was our first time in Vancouver.”

A screenshot of the route-tracking app posted by the passenger shows the cab driver travelling into the downtown core twice. 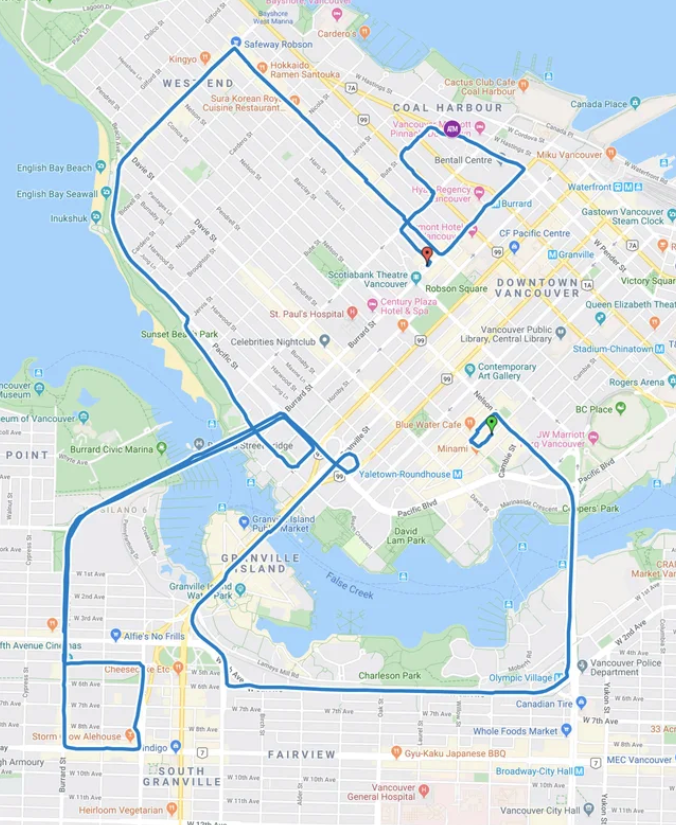 When the driver’s phone conversation ended, he allegedly asked the passenger and their friends how they were going to pay.

“I lied and told him we only had AMEX, he was furious then said the machine was broken, the network was down,” wrote the customer.

The driver agreed to take them to an ATM and they stopped at a 7-11 located “halfway across town on W Pender (and) Bute.”

“I got out and got a slurpee, when I got back in the cab I flashed $100 at him and we were on our way to the Sutton Place Hotel,” they stated.

At the hotel, fare on the machine showed up as $65 and the customer gave him $10.

“He threatened to call the police. I showed him the GPS tracking app and the scam he tried to pull. He drove off.”

According to BC’s Taxi Bill of Rights, all customers have the right to “direct the route, or expect the most economical route.”

Speaking to Daily Hive, Yellow Cab general manager, Carolyn Bauer, said the company has no first-hand information on the incident but is looking into the matter.

“No one has called into Yellow Cab to complain,” she said, adding that the passenger’s rendition of events “don’t look right to [her].”

When asked if Yellow Cab receives regular complaints about its employees taking longer routes or extending their trips Bauer said “no”.

“I get the opposite,” she said,  noting that drivers want to take the correct and shortest routes, especially on busy nights.

Daily Hive reached out  Reddit poster for further comment but did not hear back before the time of publication.