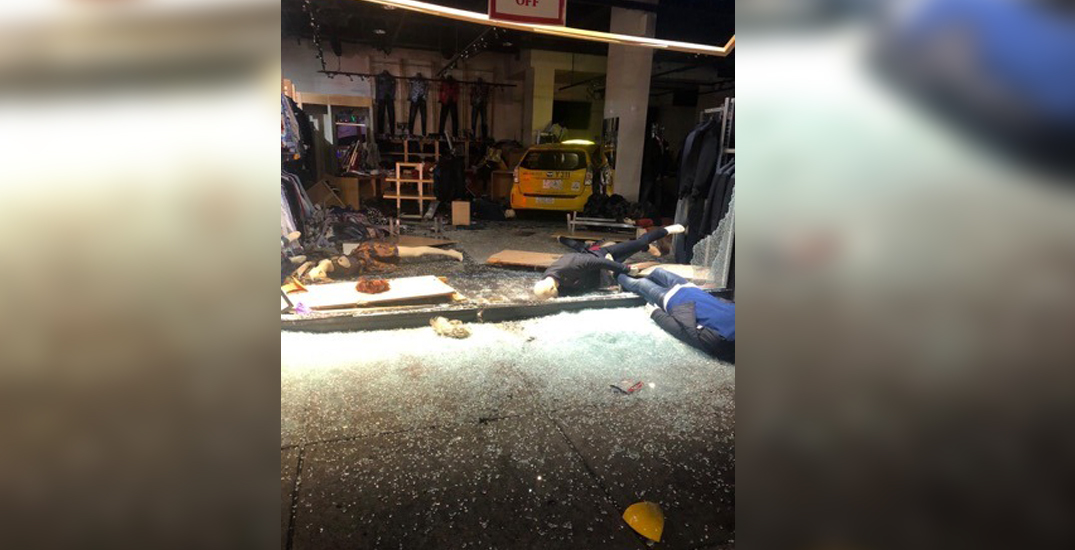 A manager at Sasso Moda named Bob, who didn’t want to give his last name to protect his privacy, said police told him another vehicle ran a red light and hit the taxi. The collision sent the cab over the sidewalk and through his store’s window on Georgia Street.

“It smashed like a torpedo through it,” Bob said.

There’s substantial damage to his business, including smashed glass all over the store and damaged merchandise, mannequins and tables. But Bob said he’s just grateful the crash happened at night while nobody was in the store or on the sidewalk.

Const. Tania Visintin with the Vancouver Police Department said two passengers in the taxi were taken to hospital, but that both drivers were unharmed. She added drugs and alcohol are not suspected as factors contributing to the collision. 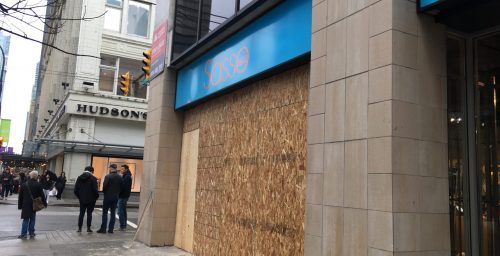 By midday Friday, the shattered glass at Sasso Moda was replaced with wood to plug the gap. Bob said he hopes to re-open the store over the weekend.