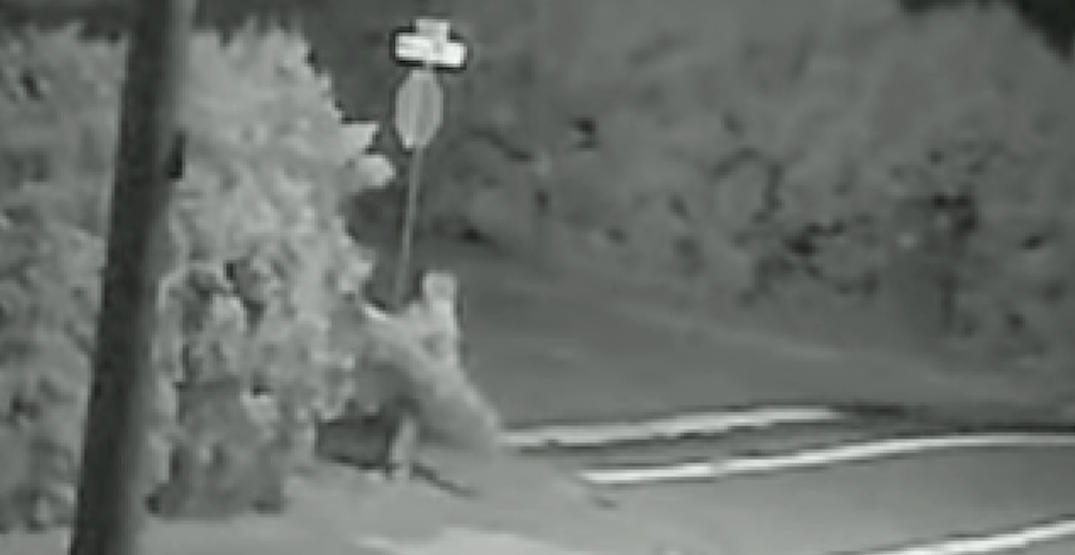 For most people, searching for the perfect Christmas tree typically involves visiting a tree lot, or heading out into the woods to cut one down themselves (with the proper permits of course).

However, it appears that one person in Chilliwack figured they had found their perfect tree, courtesy of another resident’s hedge.

The incident, which was all captured on video via a home surveillance system, and posted on Youtube, shows a person approaching a hedge, and disappearing behind it for a few minutes.

Seconds later, after some rustling in the bushes, and a short struggle, the person emerges with a Christmas-tree sized piece of greenery, which they then walk away with.

The incident doesn’t end there, however.

The surveillance footage continues, and the person can be seen walking down the street with the tree slung over their shoulder.

They appear at first to have gotten away with it, until a cop car pulls up beside them, lights flashing.

Daily Hive has reached out to Chilliwack RCMP for comment.