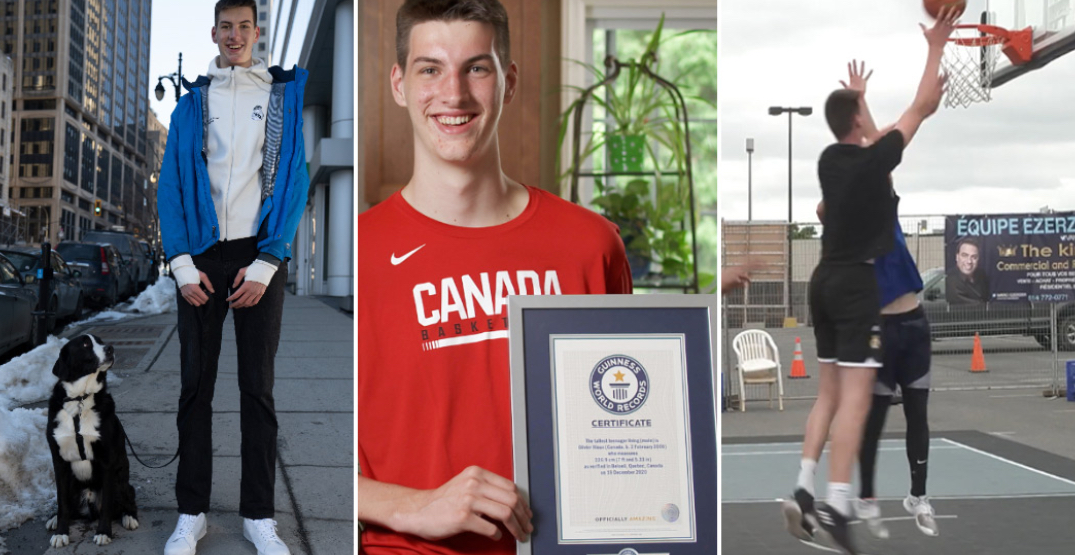 Canadian teen Olivier Rioux stands heads and shoulders above the competition for the title of World’s Tallest Teen.

Guinness World Records officially confirmed that the 15-year-old is officially number one.

Just how tall is he?

Rioux loves to play basketball and right now plays at IMF Academy. When he was little, players on the other teams would actually question his age because he was so tall.

He grew very quickly when he was a baby and by the time he was in grade five he was already 5 ft 2 in.

Doctors said he’d probably grow to be 6 ft 5 in, but he’s already a foot taller than they thought.

His entire family is tall, so everything in his childhood home was adapted to suit them with higher than average tabletops and ceilings.

His height is so attention grabbing that people are really curious about him and even ask to take photos together.

While Rioux is tall, he’s small compared to Sultan Kösen.

The tallest living man record holder from Turkey is 8 ft and 2.8 in tall.

But there’s no telling what heights Canada’s Olivier Rioux will reach.