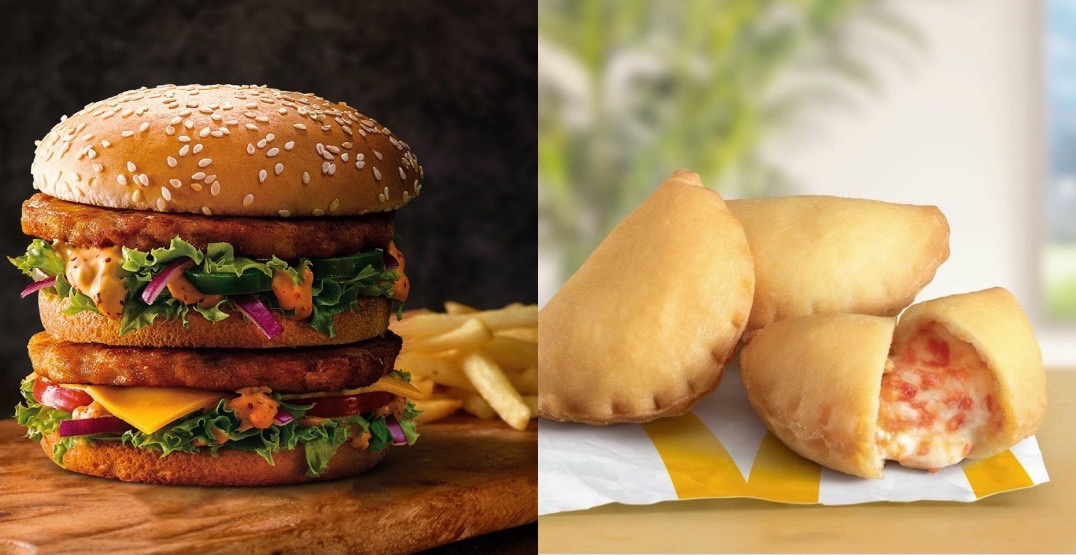 There are millions of McDonald’s restaurants around the world, and that means there are some seriously intriguing international McDonald’s menu items.

In Canada, we have to miss out on a bunch of mouthwatering goodies that we wish we had here. We covered Tim Hortons international menu items, and it got us thinking…

Japan, Malaysia, India, Spain, and so many other countries have their own version of the McDonald’s menu that appeals to their cultures and demographics.

Though we might share a few items like the McFlurry and Chicken McNuggets, there are other items most people have never even heard of or probably will never see in Canadian restaurants.

Here are a few international McDonald’s menu items we wish we could get at McDonald’s in Canada: 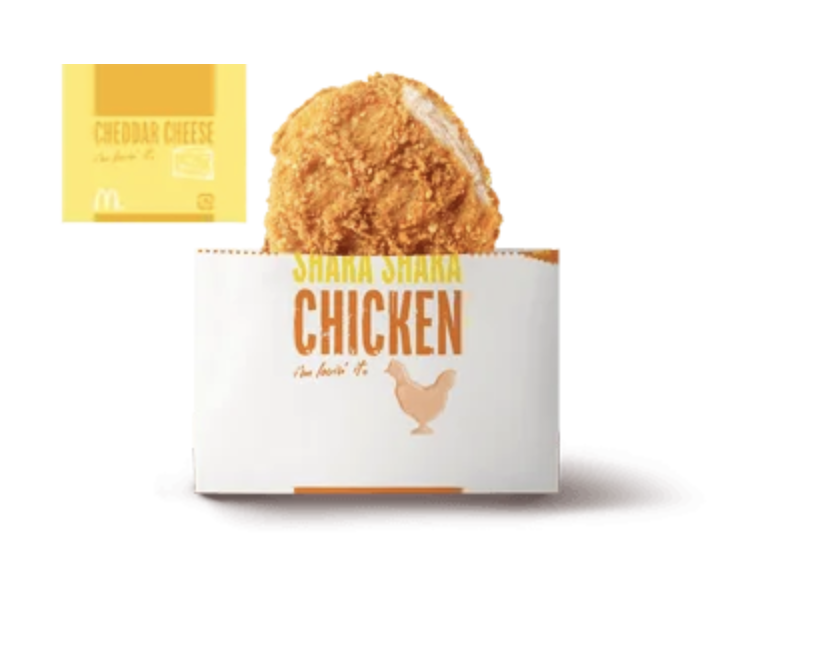 This fried chicken cutlet is the perfect go-to snack! Too bad we don’t get to munch on one here in the west. The Shakachiki Chicken comes plain, or with cheese-flavoured or red-pepper-flavoured powder to sprinkle on top.

McDonald’s Malaysia recently introduced its line of “Rockin’ BBQ” and yup, it’s all about the sweet taste of the classic barbecue sauce. The BBQ chicken burger comes loaded with a special BBQ sauce, some veggies, and two warm buns. It also comes in a burger!

It’s been years since Canada has had the McPizza on its menu and despite many fans hoping the cult classic would return to North American menus, it might never happen. The next best thing would be western and southern India’s Veg Pizza McPuff. It’s basically like a pizza pocket, filled with tomato sauce, carrots, bell peppers, beans, onions, and mozzarella.

Ugh! It sounds so good.

Where: Western and Southern India 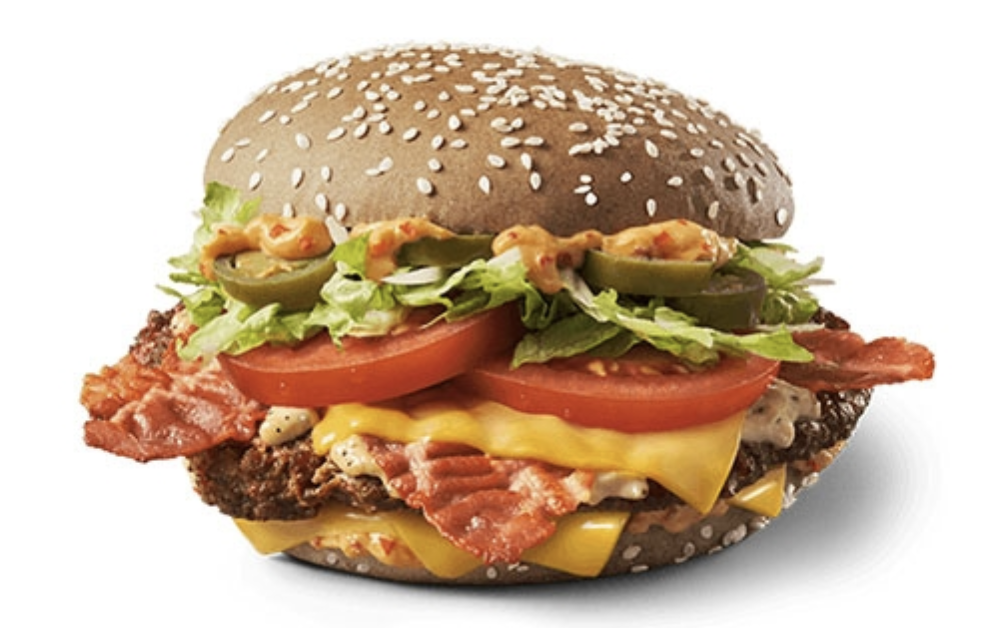 For the spice fanatics! 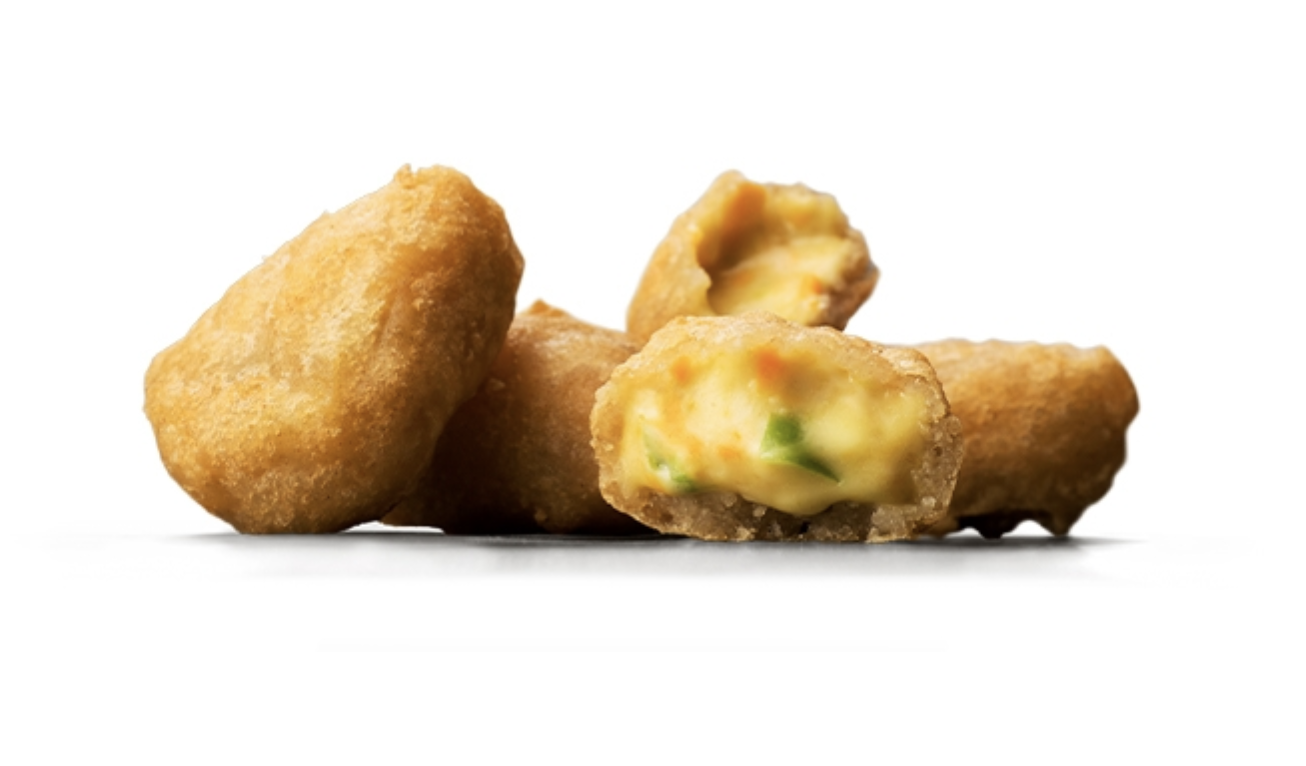 No way, Norway has these! McDonald’s locations in the Scandinavian country have a bunch of different menu items but fans who love their cheese would love to treat their taste buds to Chili Cheese Tops. These tots are filled with cheesy goodness and a hint of spice. 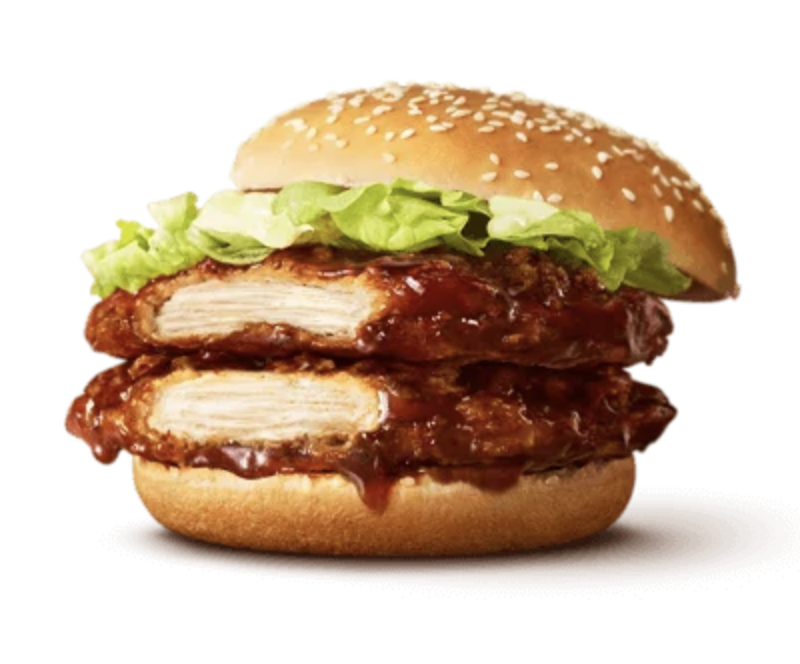 Another McDonald’s Japan must-have is their teriyaki chicken burger. The Double Teriyaki Chicken Phileo is made with crispy chicken and a sweet and spicy teriyaki sauce. 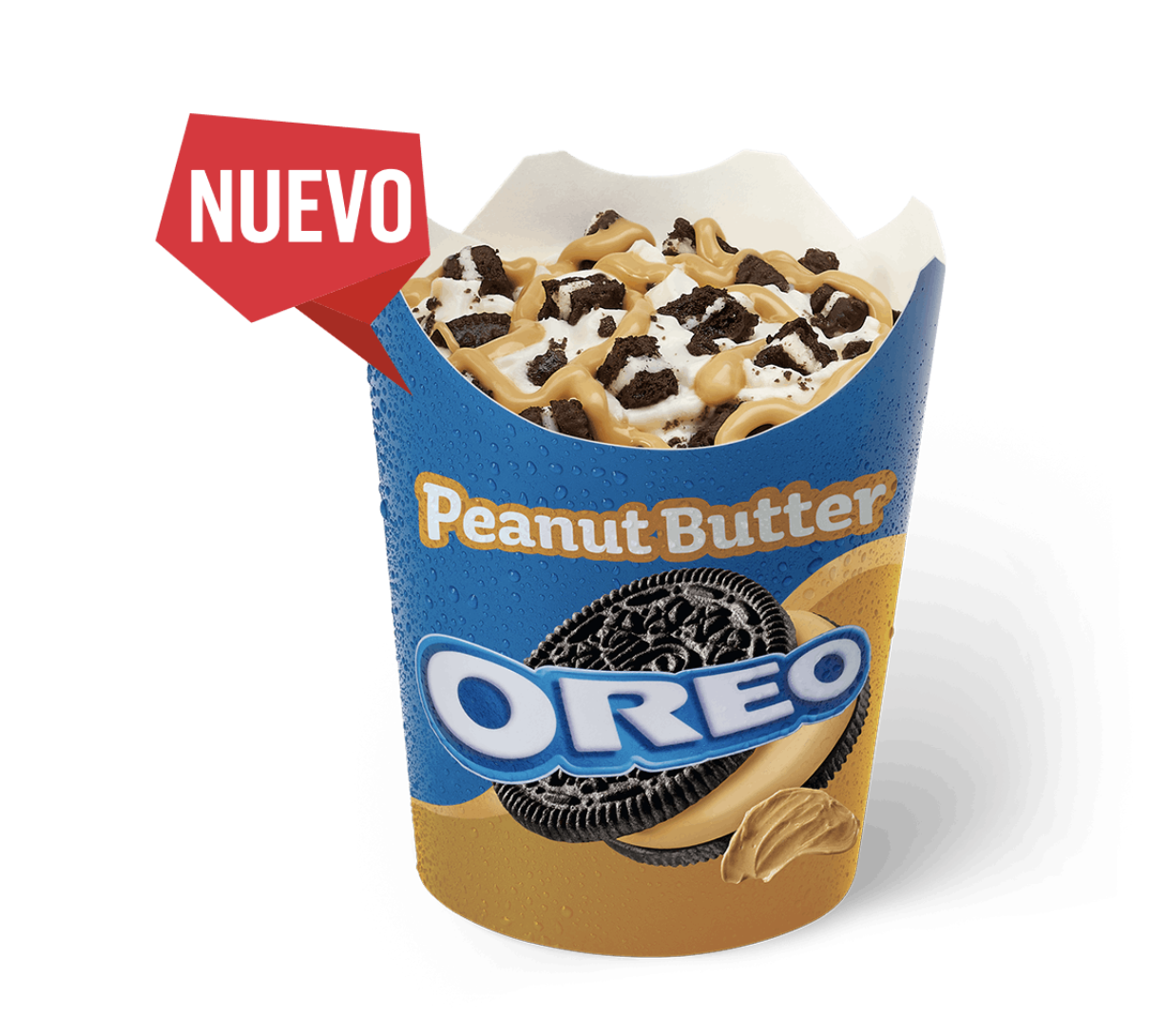 “Enjoy the true American flavour,” as McDonald’s Spain puts it.

They’ve introduced a new McFlurry loaded with Oreo and peanut butter topping. It’s apparently inspired by flavours of the US. Who knew?

This is a dessert we definitely wish we had here.

It’s a hot and cold dessert with ice cream, apple sauce, cinnamon, and a crispy torta for dipping. In fact, Brazil has one of the largest dessert menus we’ve seen on any international McDonald’s menu.

Italy was bound to have some sort of inspired dish. We were thinking pasta or a gelato dessert, but these turnovers made with 100% Italian tomato and mozzarella filling make sense here too.

This is basically an Indian version of the iconic Big Mac.

It comes vegetarian as well.