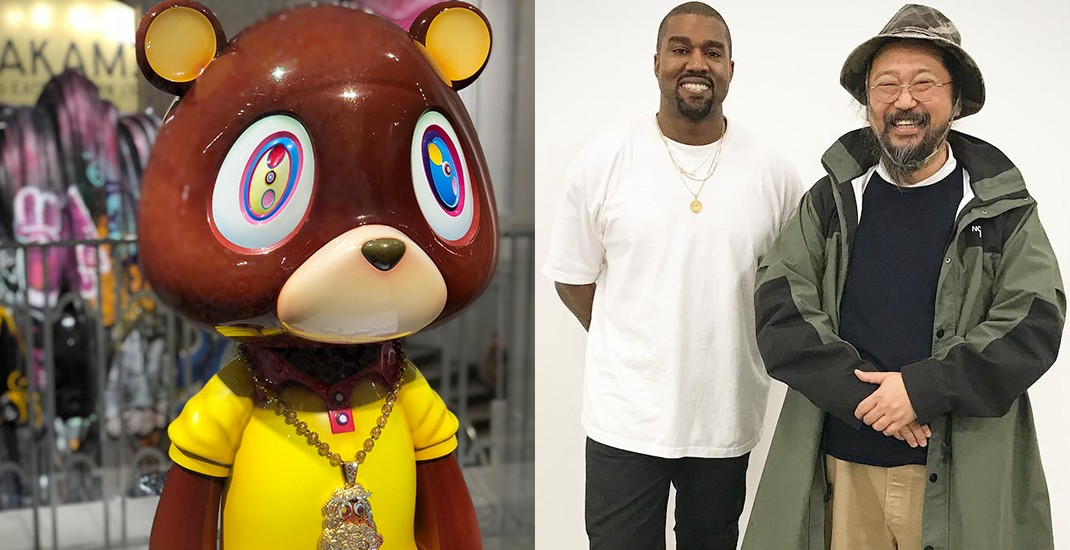 If you haven’t seen The Octopus Eats Its Own Leg exhibit at the Vancouver Art Gallery, you need to – especially if you consider yourself a fan of Kanye West.

The artist behind the exhibit is prolific Japanese artist Takashi Murakami, who worked alongside Kanye to design perhaps his most recognizable album cover. 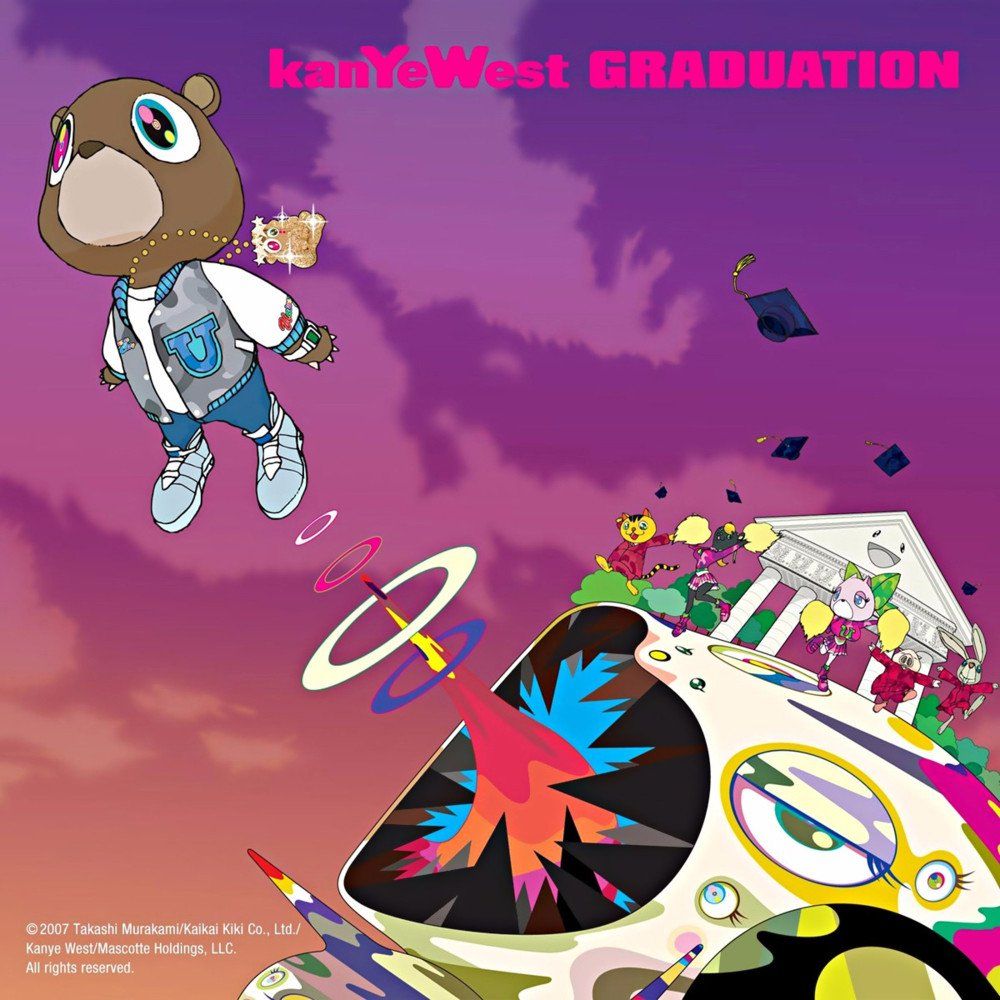 The basic design of the Graduation cover was later incorporated into Murakami’s series of paintings titled Homage to Francis Bacon, highlighting a process of reinvention and commercial artistic merit that characterizes the entire exhibit. 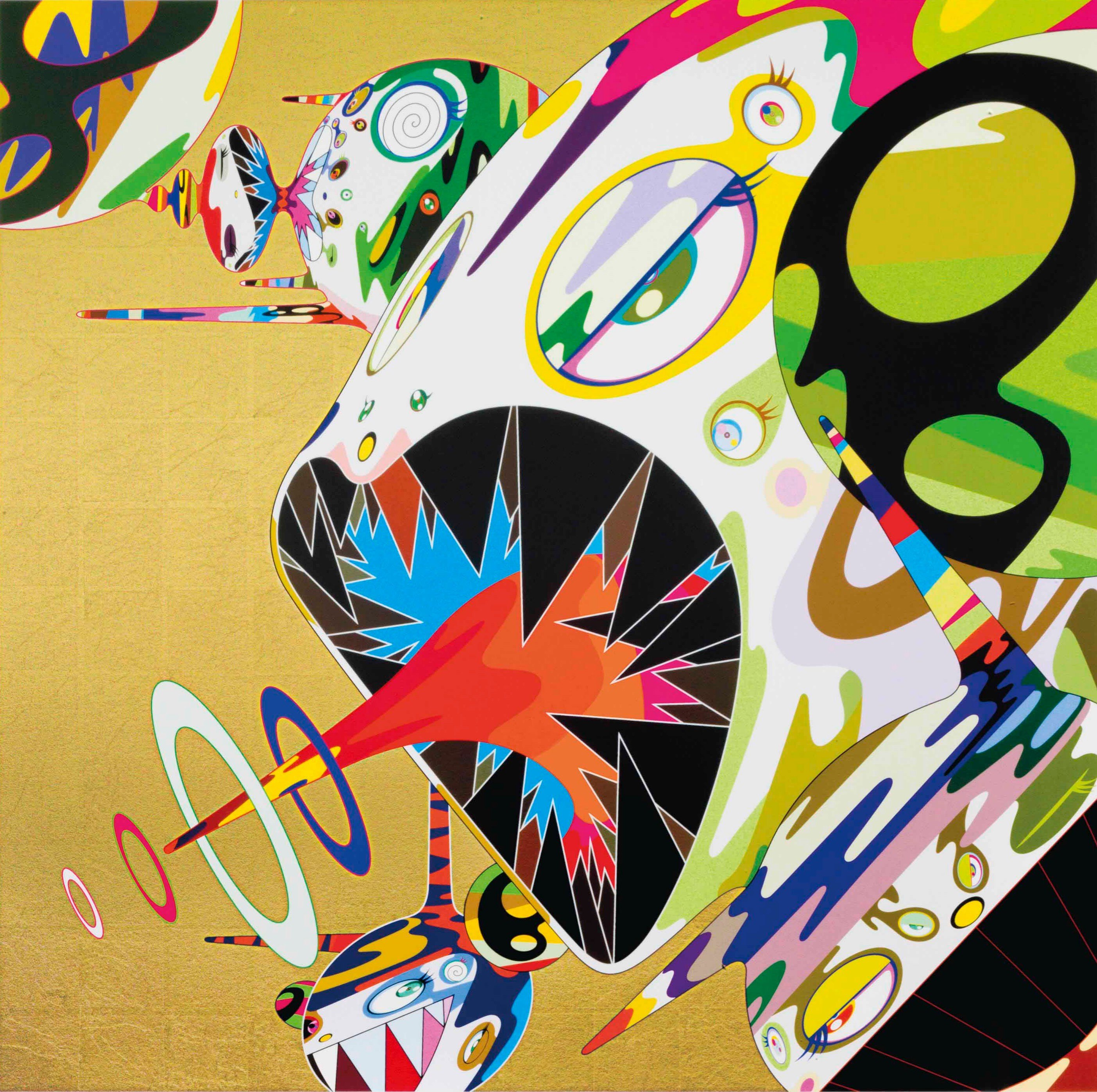 Murakami borrowed the figure of Dropout Bear from the cover Kanye’s College Dropout album and characterized it in his own artistic style. 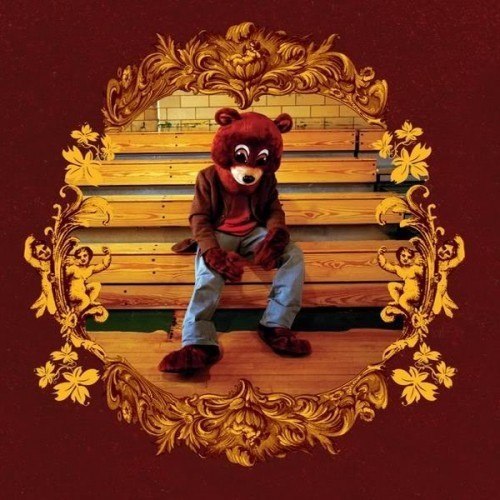 This collaboration is a natural fit, as the two artists have a number of similarities in terms of approach to art and commerce.

Murakami has insisted that the Japanese find the Western separation between “high art” and commercial art to be “pretentious.”

In a 2007 interview with BlouinArtinfo, Murakami said Japanese people “accept that art and commerce will be blended.”

In fact, he continued, “they are surprised by the rigid and pretentious Western hierarchy of ‘high art.’ In the West, it certainly is dangerous to blend the two because people will throw all sorts of stones. But that’s okay—I’m ready with my hard hat.”

Kanye West is perhaps a perfect example of someone whose attempting “flatten out” these dimensions, with his massive commercial success and critical acclaim blending together into the figure of a religious prophet who happens to own a luxury clothing line.

The title of his 2016 album, “The Life of Pablo,” is an excellent example of how Kanye sees himself blending parts of culture that are often kept separate.

During an episode of the TV show Kocktails with Khloe, he explained that the title for his album came from incorporating a number of separate “movers”  from history into a single project.

This mixing of the commercial and artistic is one of the driving forces behind the artistic movement which Murakami founded, known as Superflat.

Imagine taking a promotional image and metaphorically ‘flattening’ it until the dimensions which signal its commercial purpose are parallel with the artistic purpose, and then add in some Manga and Anime influences and you have Superflat.

The Graduation cover art is on display at the gallery, alongside an alternate cover and a sculpture of Dropout Bear.

Anyone who goes to see The Octopus Eats Its Own Leg and looks closely at the paintings will quickly realize that this process of incorporating elements from prior work, as he did with parts of the album art, is common place for Murakami.

The exhibit is an exploration of Murakami’s career and is laid out from the beginning of his career to the modern day.

Observers of the work will notice that, for example, a style of flowers used prominently in one piece will show up later in another work. His stylized and liberal depiction of eyeballs, as seen in the Graduation art, is another example.

If you look closely at the bottom of the painting you will notice the same style of flower as above. This process can be interpreted out of the name of the exhibit itself.

“The Octopus Eats Its Own Leg” is a Japanese saying about how an octopus, must cannibalize its own limbs in times of starvation in order to survive, but still understands fully well that the limb will one day regrow.

In this way, Murakami must “cannibalize” his prior work in order to continue his artistic practice, understanding that one day an entirely original work will emerge.

Part of the fun of looking at works by great artists is picking up on the underlying themes in their work and defining meaning for yourself. Murakami’s work is fantastic for just this reason.

Due to high demand, the art gallery has extended the hours of the exhibit to 9 pm on Friday’s, starting Friday, March 23.

The exhibit as a whole will close on May 6.

The Octopus Eats Its Own Leg

When: On now until May 6