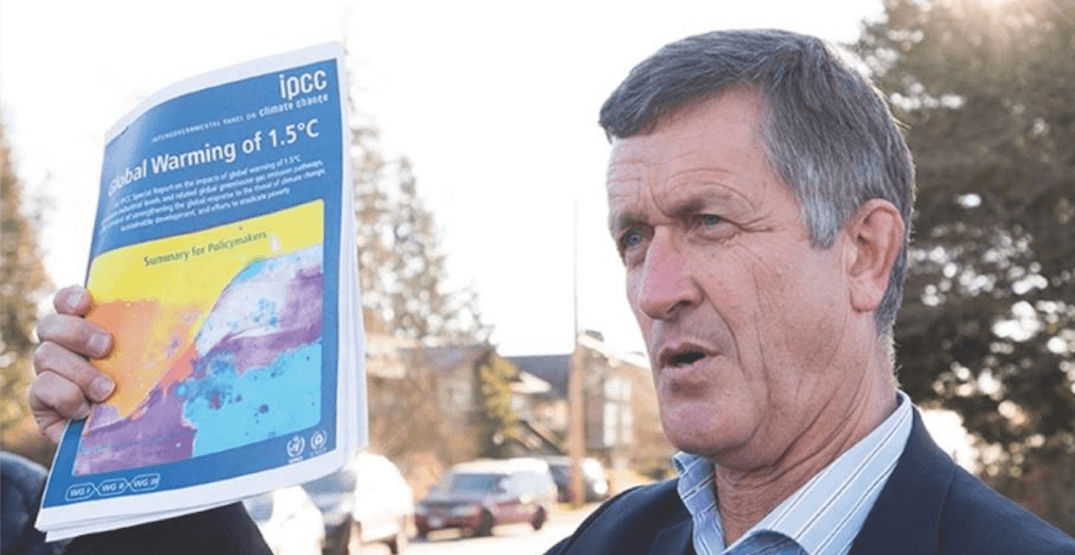 After 15 years out of the political spotlight, former NDP MP Svend Robinson announced this week that he will run once again in this year’s upcoming federal election, as the candidate for Burnaby North-Seymour.

Robinson made the announcement outside his childhood home in Burnaby on Tuesday.

He was a Member of Parliament from 1979 to 2004, until his political career was derailed after he pocketed a piece of expensive diamond jewellery at an auction. He was charged and pleaded guilty in connection with the act, but the Crown and defense agreed that he was undergoing major personal stress and mental health issues at the time and gave him a discharge, which meant no criminal record.

Asked why he thinks things will be different this time, Robinson responded that “it’s been 15 years since the ring,” and noted that he’s “not the only elected person who’s had a run-in with the law.”

Robinson outlined his reasons for running again in a statement:

This is why I am running. The recent report of the IPCC. This group of respected climate scientists us that we have only twelve years to prevent catastrophic impacts of global warming on our planet. Twelve years.

I am running to put climate change, global warming, at the top of our political agenda, to demand that we mobilize the same way nationally that we mobilized to fight a war, only this time it is a war to save our planet, a war that does not take lives, but saves lives, a war for our children’s future. That means radical changes, transitioning rapidly away from fossil fuels to renewable energy, no new oil and gas infrastructure, a massive transition to green energy and green jobs, electric vehicles, major public transit and high speed rail infrastructure, energy retrofitting, cleaning up the terrible waste left behind by oil and gas extraction, and ensuring that energy workers and their unions are at the heart of this transition and treated with respect and dignity. A Green New Deal, some are calling it. And it means that we listen to and respect the voices of indigenous leaders, both hereditary chiefs and elected councillors, including in this riding the Tsleil-Waututh and Squamish nations, and honour the principles of the the UN Declaration on the Rights of Indigenous Peoples.”