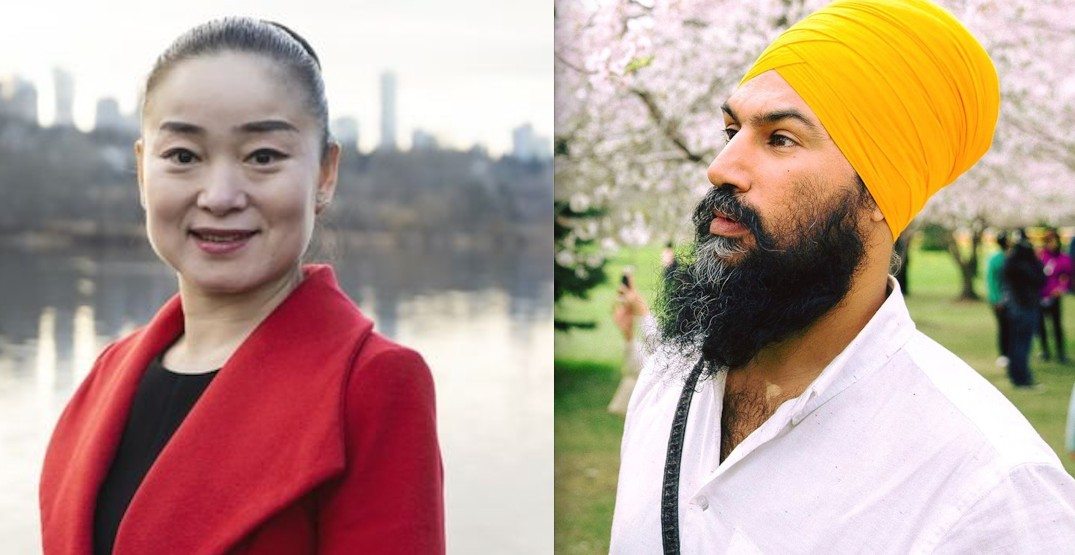 Karen Wang, the Liberal candidate running in Burnaby South for the upcoming federal byelection, has resigned after comments made on social media about NDP candidate Jagmeet Singh.

On Tuesday, The Star Vancouver reported that Wang had posted a message on the Chinese social media app WeChat stating that supporters should vote for her because she was the “only Chinese candidate” in the riding, rather than Singh who is “of Indian descent.”

The Star reported that part of Wang’s post read:

“If we can increase the voting rate, as the only Chinese candidate in this riding, if I can garner 16,000 votes I will easily win the byelection, control the election race, and make history! My opponent in this byelection is the NDP candidate Singh of Indian descent!”

On Wednesday morning, Wang announced she was resigning from the race.

“I made comments online that also referenced Jagmeet Singh’s cultural background. My choice of words wasn’t well-considered and didn’t reflect my intent, and for that, I sincerely apologize to Mr. Singh. I have deep respect for him as the leader of his party and for his public service — and I would never want to diminish that in any way,” Wang said in a statement.

“After consideration with my supporters, I have decided to step aside as the Liberal candidate in the Burnaby South by-election. I believe in the progress that Justin Trudeau and the Liberal team are making for British Columbians and all Canadians, and I do not wish for any of my comments to be a distraction in that work.”

In a statement to Daily Hive, the Liberal Party of Canada confirmed Wang’s resignation, saying that they had “accepted her resignation as the Liberal candidate in the Burnaby South by-election.”

“Justin Trudeau and the Liberal Party of Canada have always stood for the full and equal participation of all Canadians in our democracy, regardless of their background. The Liberal Party has a clear commitment to positive politics and support for Canadian diversity, and the same is always expected of our candidates,” said the statement.

Singh, who is vying for his first seat in the House of Commons, has not released a statement regarding Wang’s resignation.

The federal byelection will be held in Burnaby South riding, the Outremont, Quebec riding, and the York–Simcoe, Ontario, riding on February 25.