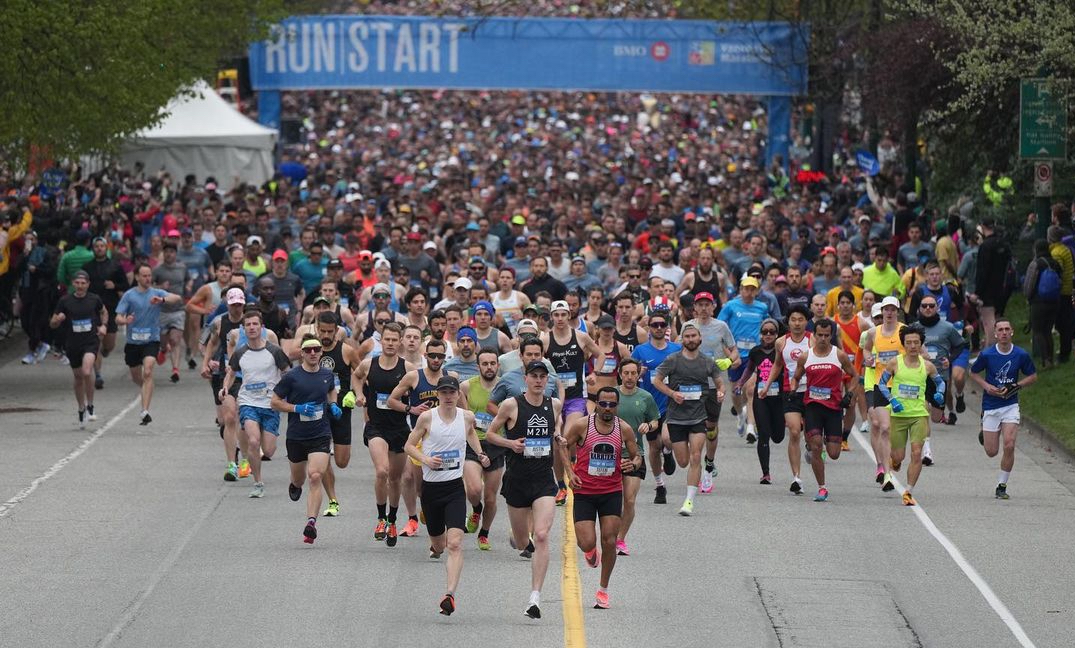 Early morning delays due to a police incident on Sunday, May 1 caused thousands of runners to wait before their race started.

According to Vancouver Police, the delay was due to the discovery of a suspicious device located on the marathon route near Science World.

In a release, VPD said its explosives experts rendered the suspicious device inert and the police service is investigating.

“This is extremely concerning, and it appears the device was strategically placed along the half marathon route, where runners would be passing close by,” said Sergeant Steve Addison in the release.

#VPDNews #VPD explosives experts rendered inert a suspicious device near Science World on Sunday, delaying the start of the BMO Vancouver Marathon. It appears the device was strategically placed along the route to cause panic and disrupt the event. https://t.co/sMQHhGV4Bu

“Whoever did this was likely aiming to cause panic or to disrupt the event.”

No arrests have been made yet as investigators from VPD’s Major Crime Section, Forensic Identification Unit, and Operations Division collect additional evidence.

According to police, a marathon volunteer first spotted the device just after 5 am and quickly called 9-1-1.

Then, police cordoned off the area as VPD Emergency Response Team bomb technicians were brought in to examine and destroy the device. They determined that it was not at-risk of exploding and posed o immediate danger to the public.

Still, the race start was delayed while they rendered the device inert.

At 7:15 am on Sunday, May 1, the Vancouver Police Department (VPD) tweeted out that a police incident near the race route had delayed the start of the BMO Vancouver Marathon.

About an hour later, they posted an update that the incident had been “safely resolved” and they thanked everyone for their patience.

#VanTraffic The start of @BMOVanMarathon is delayed due to a police incident near the route. #VPD is responding and will provide updates here when available. We thank everyone for their patience.

#VanTraffic: The police incident near the @BMOVanMarathon route has been safely resolved. Thanks for your patience and have a great race, everyone. You’re amazing!

There was no additional information available at the time and some speculated online that a motor vehicle incident was to blame.

Runners: I think this is the issue… pic.twitter.com/lqQ0ZBmPun