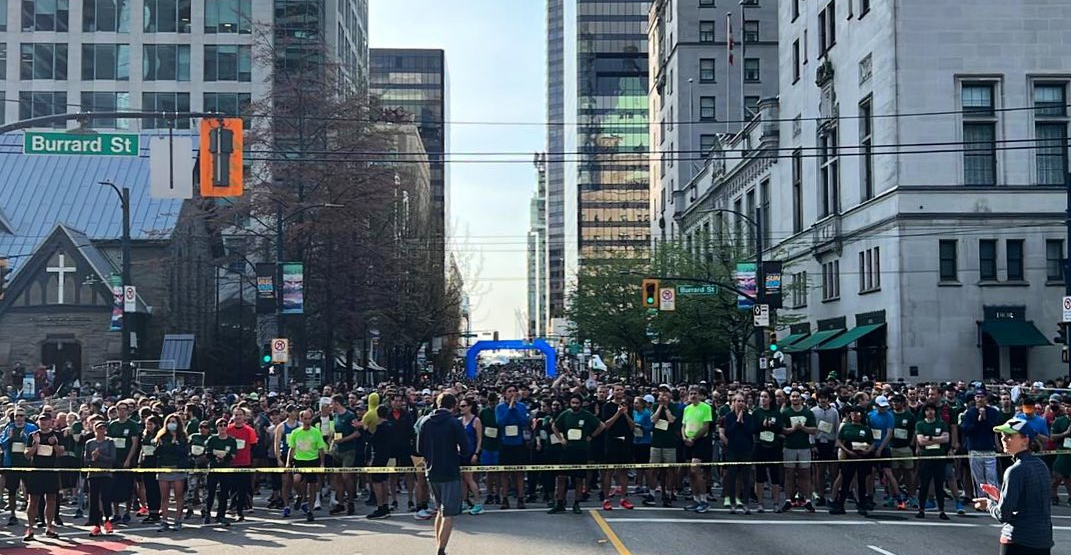 An annual tradition for the city has returned and on Sunday, April 24, the Vancouver Sun Run took to the streets.

This year’s in-person event kicked off in the morning and you might encounter street closures and runners around the city today.

It’s best to avoid downtown in a car today, and the Vancouver Police tweeted out a reminder this morning.

#VanTraffic: A reminder to motorists to avoid downtown Vancouver roadways this morning, due to the @VancouverSunRun marathon. pic.twitter.com/8Uc477aA5y

The athletes who have their eyes on the prize are getting ready to go. Not long now!#VancouverSunRun pic.twitter.com/jYYyckbuRf

Take a look at this year’s route map so you know where you can find the runners.

Road closures are set to be in place between 8 am and noon on Sunday, April 24.

Heads up Vancouver Sun Run is BACK IN PERSON and many major streets (and Burrard bridge) will be closed in the city on April 24 from 8am-noon ish. pic.twitter.com/k0EkwD3OVG

This year, runners will look like a sea of green in their matching t-shits.

Crowd getting ready to get their run on.
First in-person #VancouverSunRun in 3 years.
This is what it’s like at the Start.
Big crowd already.West Georgia. Burrard Street. #VanRun #FunRun pic.twitter.com/RwzuDBfk8R

Oh , Canada. Oh, Vancouver.
I love this stuff. Missed it.
I like crowds. #VancouverSunRun pic.twitter.com/9o0GVByhtp

If it’s not too early for you, make sure to get out and cheer on the runners!