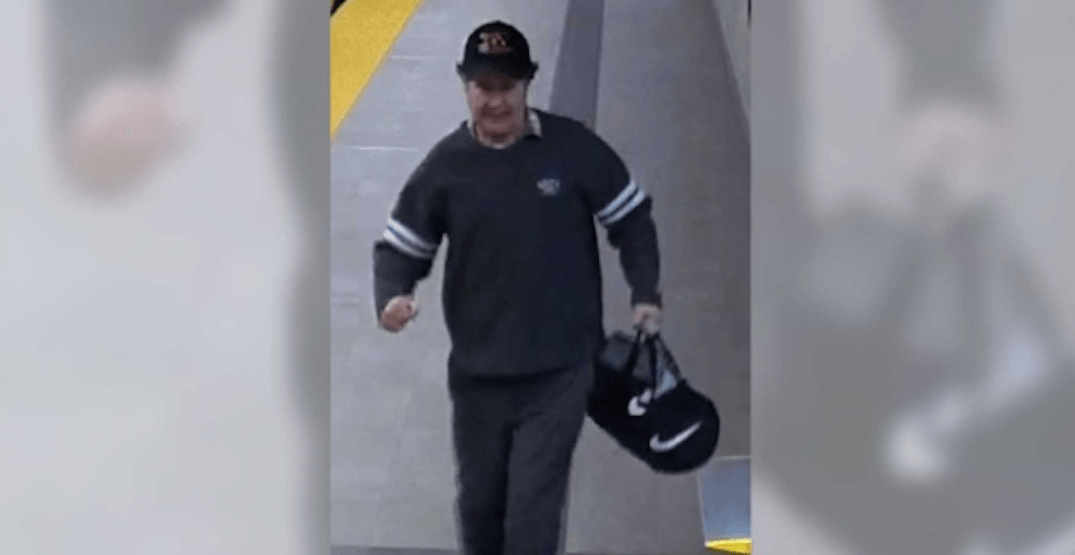 Metro Vancouver Transit Police have identified and arrested a suspected believed to be involved in the groping of a seven-year-old girl on the SkyTrain.

The girl and her mother boarded the SkyTrain at Commercial-Broadway station and sat down across the aisle from the suspect.

Police said that during the commute, the suspect directed his attention toward the young girl, “trying to attract her attention.”

He then allegedly made several comments to the girl that were “extremely vulgar and sexual in nature,” which included “explicitly detailing sexual acts” he wanted to engage in with the girl.

Following the remarks, the suspect made “several attempts” to touch the girl, “at one point allegedly touching the girl’s buttocks, causing her mother to protectively pull her daughter onto her lap,” police said.

Transit police have arrested a 57-year-old suspect from Burnaby. He is known to police.

The suspect turned himself in to authorities after seeing his photo in the Transit Police media release. He was arrested and released on Promise to Appear with the following conditions:

The suspect will make his first court appearance on April 9, 2019, in Vancouver Provincial Court. A charge of Sexual Interference has been recommended.