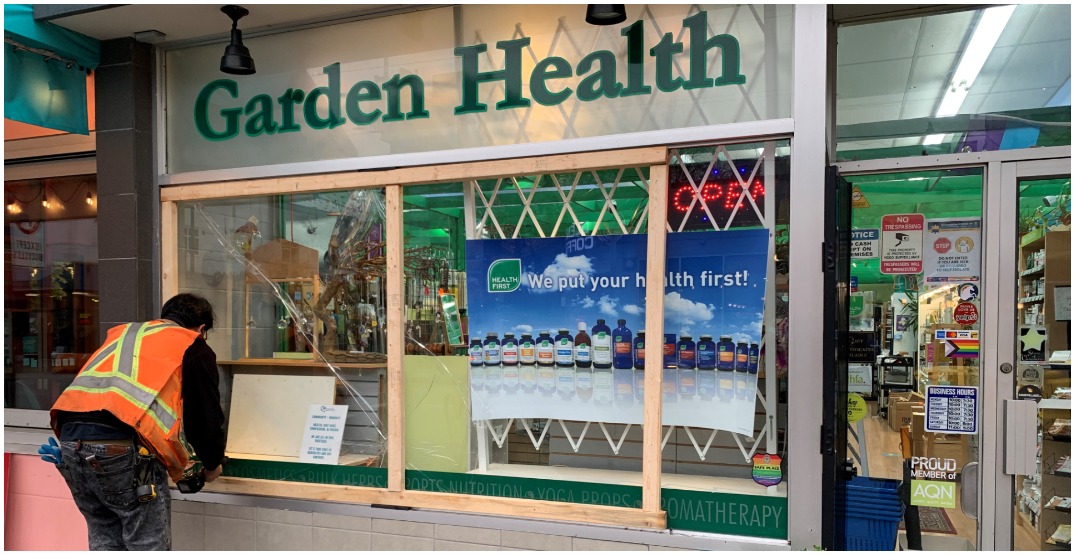 A suspect has been arrested after another window-smashing spree in Vancouver’s West End.

In this latest incident, Vancouver police were called Wednesday afternoon when someone threw a rock and smashed a window at a storefront on Davie Street.

A release from the VPD says a witness called 911 and kept an eye on the suspect until officers arrived and made an arrest.

“The officers were familiar with the man because he’s a suspect in dozens of other mischiefs in the downtown core. In fact, he was arrested earlier that same day after allegedly breaking a window at a business near Robson and Bute Street,” according to the VPD.

The 50-year-old suspect was taken to jail, and police are now investigating all possible links to other unsolved mischiefs in the downtown core.

Meantime, several businesses are speaking out about window-smashing incidents on Tuesday night.

Bharat Sharma is the owner of Kinara Indian Cuisine on Davie Street and, in an interview with Daily Hive, says his windows were smashed for a third time.

The first incident happened in September when a man threw a rock through the window in the middle of the afternoon. He says Vancouver police did make an arrest, but the suspect was released.

Sharma says he didn’t bother to report the second incident in October to police. 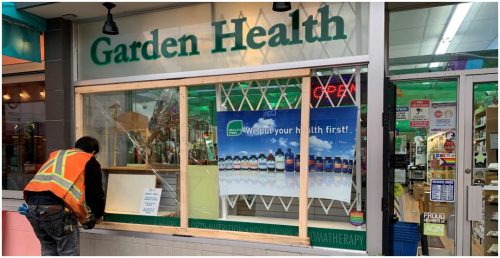 In a statement, the owners — Nikki and Deanna — tell Daily Hive, “This is not the first time we have been vandalized, our window has been scratched up, our garbage bins get taken all time, we have had a drink thrown at our window, permanent marker on our walls outside and people stealing from us.”

They say this is happening all the time in the West End. They point to recent incidents at Home Hardware, Mac’s and the Cardero Cafe.

Vancouver Police say since August, there have been, on average, 11 reports each week from business owners who have had their storefront windows smashed.

New day brings new plywood and smashed windows in downtown Vancouver. Why have our civic leaders abandoned downtown residents and businesses? Why has the mayor been silent? #vanpoli pic.twitter.com/qaUmDSvyNC

According to the VPD, 35% of all reported mischiefs in the area now involve broken windows.

Daily Hive has reached out to the City of Vancouver for comment, but has not received a response.