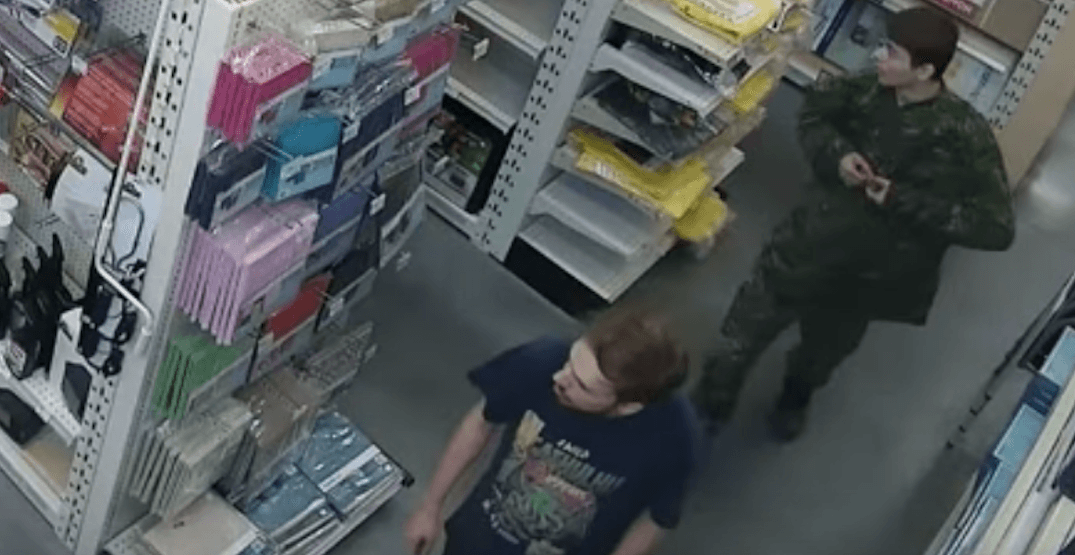 As the Canada-wide manhunt continues for two BC men charged with second-degree murder in the death of one man and named as suspects in the death of two others, RCMP have new video footage of the duo, which captured on surveillance camera in a Saskatchewan home improvement store.

According to RCMP, the footage of the suspects is from the town of Meadow Lake, and was taken on July 21.

Along with releasing the footage, police said they are also reminding everyone that “these suspects should not be approached if seen and to call 911 or your local police immediately.”

The two men in the video, 19-year-old Kam McLeod, and 18-year-old Bryer Schmegelsky, are each facing a second-degree murder charge in the death of Vancouver resident, Leonard Dyck, whose body was found near a burnt-out pickup truck, close to Dease Lake, BC, last week.

Canada-wide warrants have been issued for McLeod and Schmegelsky.