After the “suspicious” death of two adults in northern BC last week, police have confirmed that the pair died “as a result of gun violence.”

According to RCMP, the investigation began when officers were called to an area approximately 20 km south of Liard Hot Springs on Highway 97, on July 15.

At a press conference on Monday, police provided further details on the case.

RCMP Sgt. Janelle Shoihet said the investigation “continues to progress,”  and said police are now asking for the public’s assistance in identifying a man “who investigators wish to speak with.”

She stressed, however, that he “is not a suspect.” 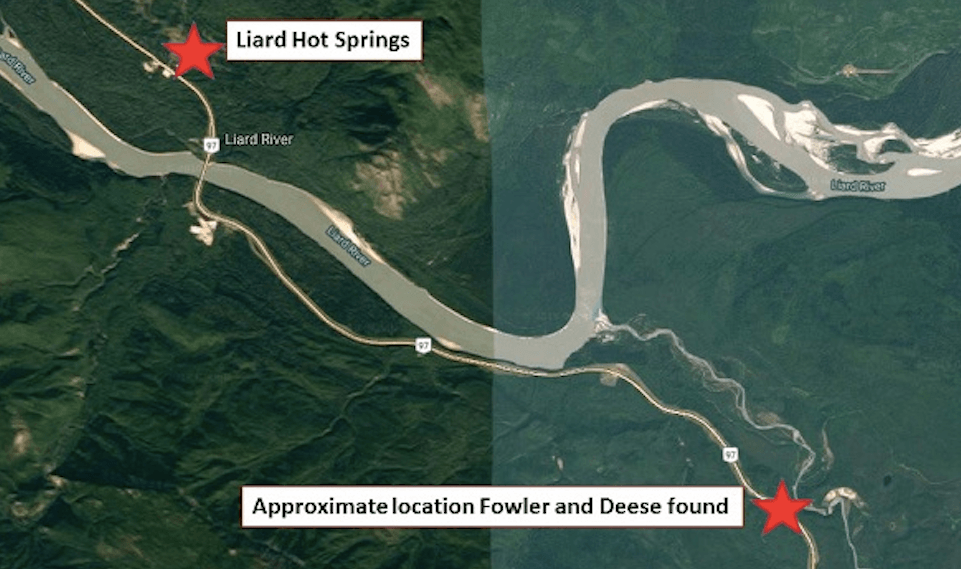 Shoihet said the man is described as Caucasian with darker skin, and darker hair, shorter than Lucas (who stood 6’3″),  and has a possible beard or glasses. The man “may be associated to an older model Jeep Cherokee with a black stripe on the hood.” He’s believed to have been travelling southbound.

Shoihet said the man’s description came courtesy of another witness who happened to be driving by the scene, and then later provided details for the composite sketch to police.

She added that police are also looking for anyone who may have dashcam video from the area at the times described. 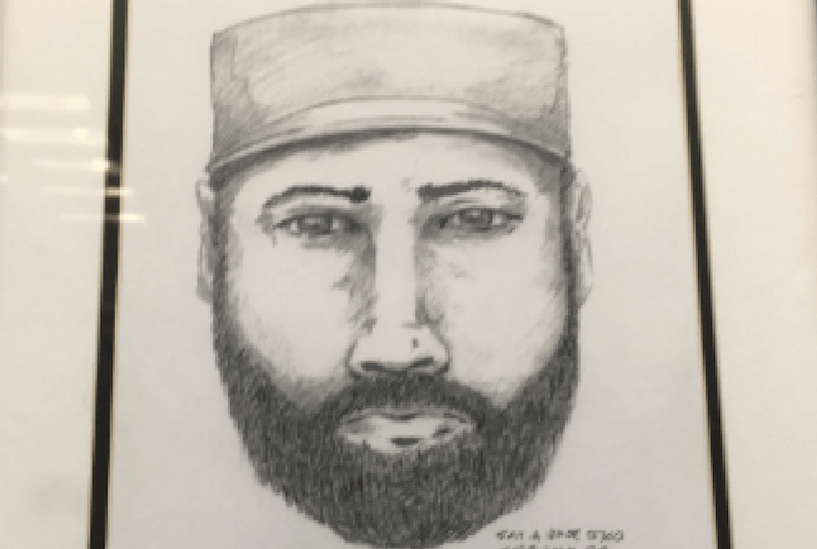 The BC Coroners Service is continuing their investigation into these deaths, and “will not be providing further updates at this time.”

A love story that “ended tragically”

Lucas’ father, Stephen Fowler, a police chief Insp. himself with NSW police in Australia has now arrived in Canada and also spoke on Monday.

“I’m an experienced police officer, but today, I am here as the father of the murder victim,” he said.

“We are just distraught,” he continued. “This has really torn two families apart.”

Before his death, said his father, “Lucas was having the time of his life, travelling the world. He met a beautiful young lady and they teamed up – they were a great pair – and they fell in love.”

Lucas had come to Canada and planned “a trip in a van” with Chynna. “We’d been talking about it and discussing his trip, and he communicated with us as they were leaving,” his dad said.

What happened after that, “time will tell, I guess.”

Stephen described his son as “a fun-loving guy who had a goal to travel the world. He saved up all his money while he was working in Sydney, and he set out on an adventure with a mate.”

It was along that tour that Lucas met Chynna.

“They became an inseparable pair,” his dad said. “It’s a love story that’s ended tragically, it really is. It’s the worst-ever love story, because we now have two young people – who had everything ahead of them – tragically murdered.”