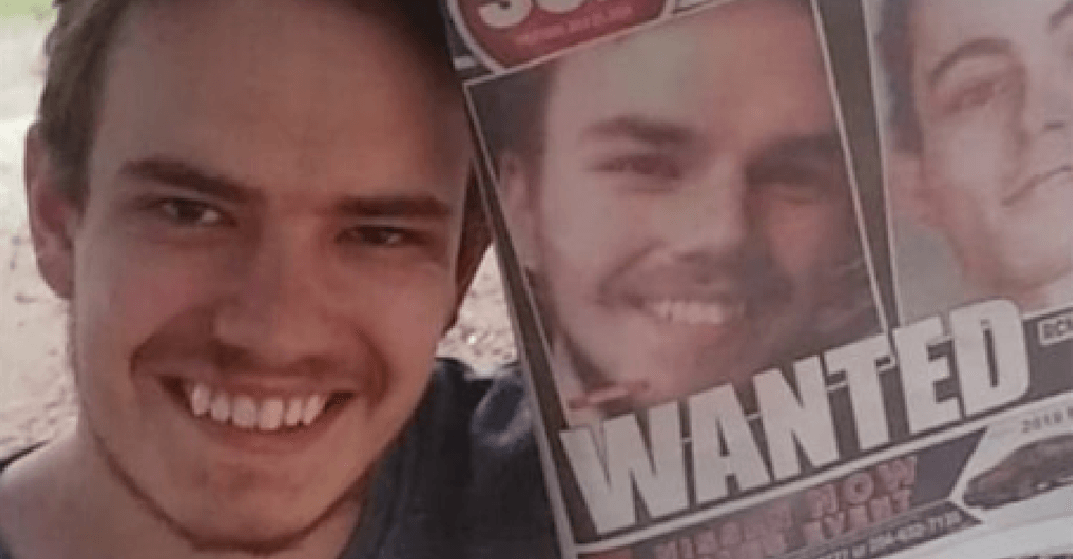 While a photo of a person who looks strikingly similar to BC fugitive Kam McLeod is making the rounds online, police said it’s not who they’re looking for.

The photo shows a man smiling while holding a copy of a Winnipeg newspaper in his hand, which features the photos of McLeod 19, and Bryer Schmegelsky, 18.

Both McLeod and Schmegelsky are each facing a second-degree murder charge in the death of Vancouver resident, Leonard Dyck, whose body was found near a burnt-out pickup truck, close to Dease Lake, BC, last week.

We can confirm that the current photo circulating online of a man posing with the front page of yesterday’s paper IS NOT one of our suspects. #rcmpmb

In an update on Thursday, Cpl. Julie Courchaine with the Manitoba RCMP said there have been two “established and corroborated sightings” of McLeod and Schmegelsky in the Gillam, Manitoba area.

“These sightings were prior to the discovery of the burnt-out vehicle,” Courchaine said, referring to the RAV4 the pair were travelling in, which was recovered on fire in the Gillam area in the Northern part of the province in the evening of July 22.

Courchaine said that there also have been no recent reports of stolen vehicles that could be attributed to McLeod and Schmegelsky, leading police to believe they are still near Gillum.

Manitoba RCMP has called in multiple resources to search for the wanted teens, including the emergency response team, the crisis negation team, police dog services, and air services assets. Out of province RCMP officers have also been brought in to help with the investigation.

Courchaine said the area being searched is “very challenging terrain.”

“This is a large area. There’s lots of dense bush, forests, swampy areas, so it is very challenging.”

Canada-wide warrants have been issued for McLeod and Schmegelsky.