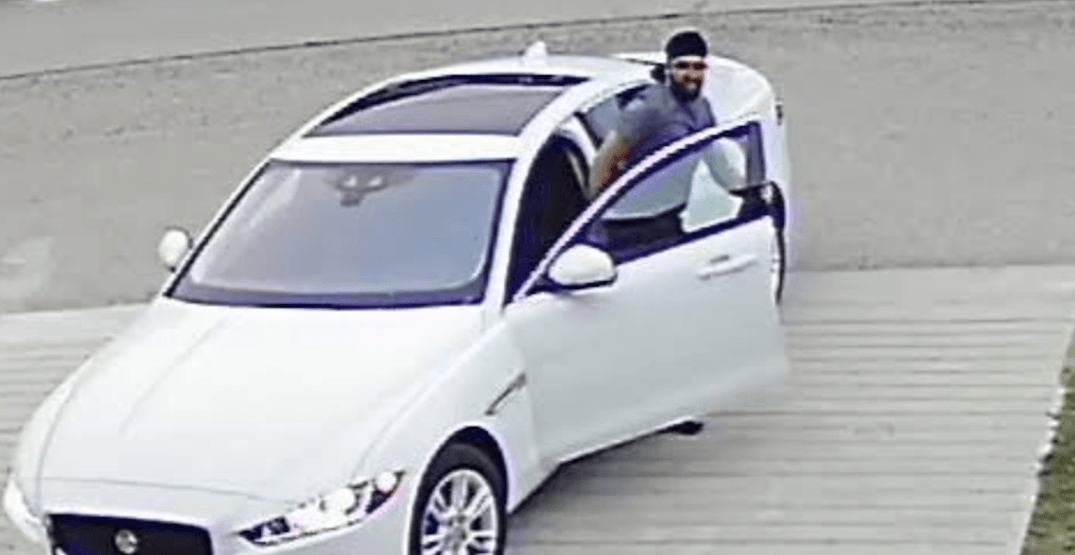 Surrey RCMP are asking for the public’s help in identifying a suspect in a sexual assault, which occurred in Newton earlier this month.

According to police, the incident occurred at approximately 9 pm on July 16.

A woman was gardening in her front yard, in the 6100-block of 138 Street, when an unknown man in a white Jaguar sedan pulled into her driveway and approached her to ask for directions, police said.

After speaking briefly, the man groped the woman before getting back into his car and driving away.

Police are now releasing a photo of the man and the car, and are asking anyone with information that can help to identify him to call Surrey RCMP.

The man is described by police as South Asian, approximately 30-years-old, with a medium build, wearing a headscarf, grey shirt, and black shorts.

Anyone with further information is asked to contact the Surrey RCMP at 604-599-0502 or, if they wish to remain anonymous, contact Crime Stoppers at 1-800-222-TIPS or leave a tip online.