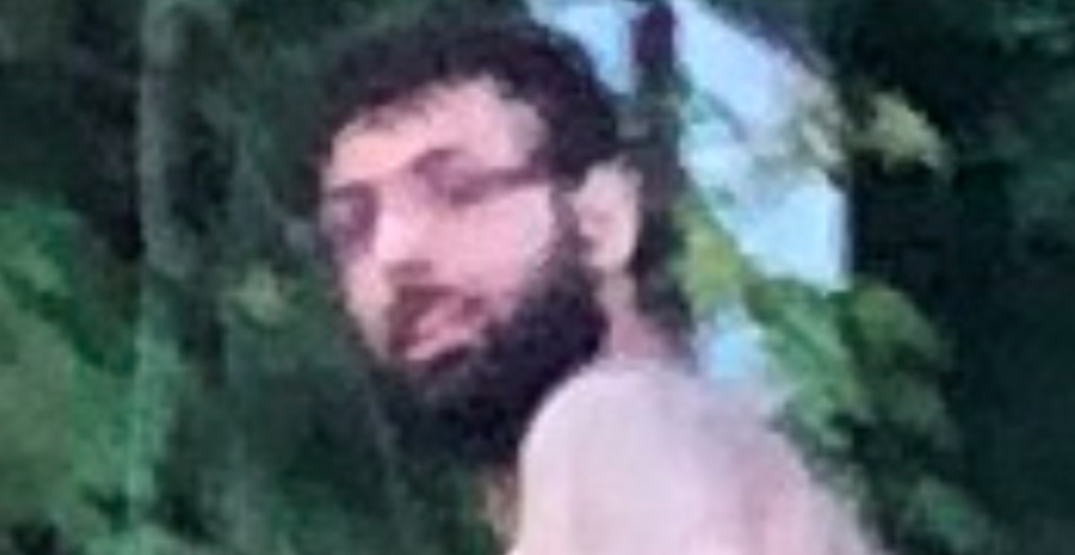 A snapshot of the suspect (Surrey RCMP)

Surrey RCMP is asking for the public’s help to identify a suspect in an indecent act that recently occurred in South Surrey.

In a release on Friday, police said the alleged incident took place just after 9 pm on May 19, near the beach access at 13 Avenue and 131 Street, when the suspect “approached a group of young people while he was engaging in an indecent act.”

He then reportedly ran away when confronted by the group.

Now, “after other investigative avenues have been unsuccessful in identifying the suspect, a photo is being released to the public in an effort to advance the investigation,” police said. They noted that since the incident, there have been no similar reports made to police.

RCMP said the suspect is described as a South Asian or Middle Eastern man, with short dark hair, dark facial hair, in his 20s, medium build, and wearing glasses.

Investigators are asking anyone who can help identify the suspect, or has any information about the incident, to contact Surrey RCMP at 604-599-0502. Those who wish to make an anonymous report, can contact Crime Stoppers at 1-800-222-8477 or leave a tip online.