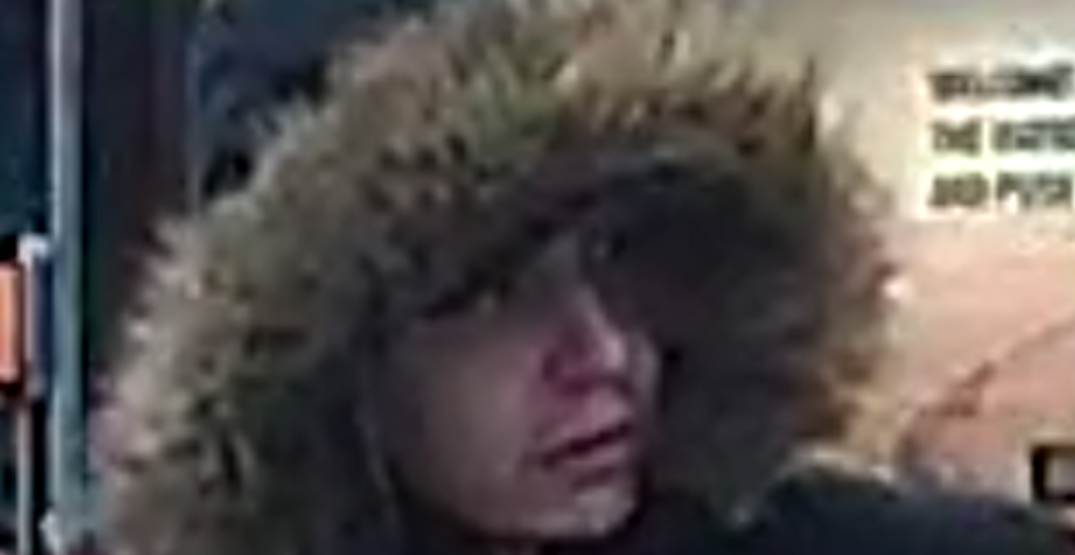 Surrey RCMP is asking for the public’s assistance in identifying a suspect that they say has been linked to four robberies within Surrey in the first half of this month.

According to police, between January 3 and January 8, there were four robberies in the city, including incidents in the Guildford, Newton, and Whalley/City Centre areas.

Police said that in each incident, “the suspect entered a business, brandished a knife and demanded money from employees.” No employees were hurt in any of the incidents, however.

Police describe the suspect as a Caucasian man in his early to mid-20s, and approximately 6′ tall. He was wearing a blue jacket with a fur-lined hood during each incident.

“Having this person involved in multiple incidents within such a short period of time is concerning,” said Surrey RCMP Const. Brad Kelsey. “We are asking the public to help us identify this suspect so we can locate him as soon as possible.”

Anyone that may have information on the suspect is asked to contact the Surrey RCMP at 604-599-0502.