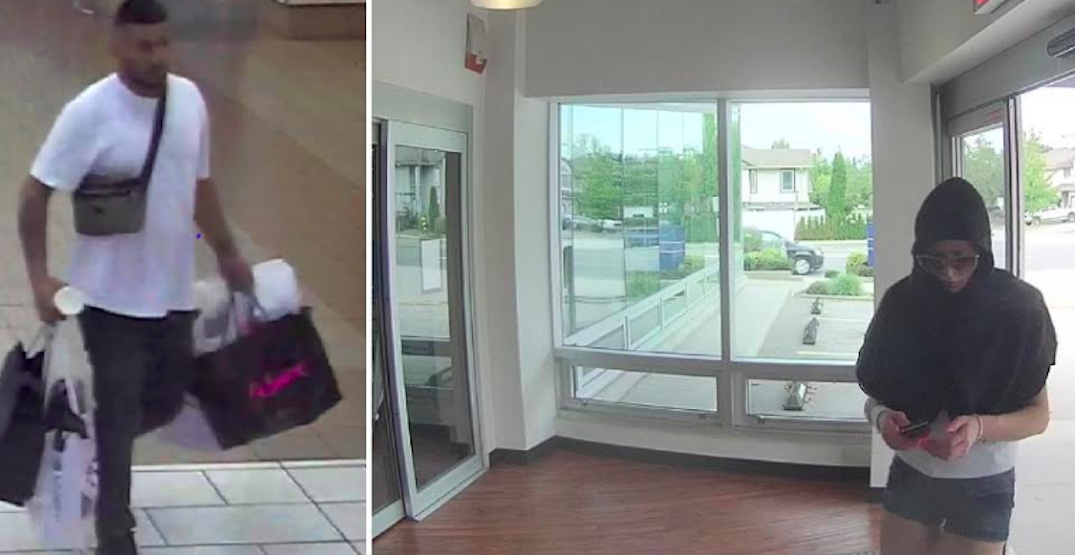 Surrey RCMP is asking for the public’s help in finding and identifying two people they say are suspected of committing thousands of dollars worth of fraud throughout various jurisdictions in the Lower Mainland.

In a release on Monday, police said the investigation began on August 14, 2019, after a report that multiple stolen credit cards belonging to a husband and wife had been fraudulently used in Surrey, Burnaby, and Coquitlam.

Police have described one of the suspects as a “dark-skinned adult male” and the other suspect as a Caucasian female.

Mounties have now released pictures of the suspects “in an effort to advance this investigation.”

Anyone who may have information about this investigation, or who may be able to help identify the suspects, is asked to call Surrey RCMP at 604-599-0502. Those who wish to leave an anonymous tip can do so by contacting Crime Stoppers at 1-800-222-TIPS or leaving a tip online.