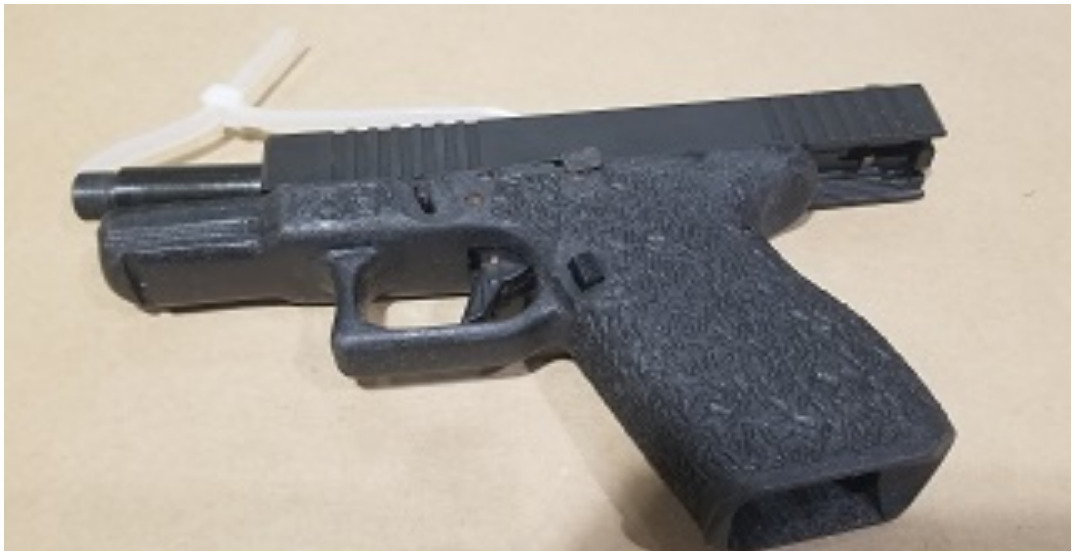 Surrey RCMP were performing a traffic stop on June 29 which led to the arrest of a man who was carrying a loaded firearm. Officers also located a pair of gloves and an empty jerrycan in the trunk of the vehicle.

A 21-year-old man was issued a ticket in violation of the Motor Vehicle Act, for driving without a licence, and failing to state the name and address of the registered owner of the vehicle.

He was subsequently released from police custody pending a further investigation.

The Surrey Gang Enforcement Team is continuing to put pressure on gang members and associates in Surrey, says Cst. Sarbjit K. Sangha, Surrey RCMP Media Relations Officer. Our goal is to face criminals head-on, and do interdictions, taking away weapons and diminishing their opportunity to commit crimes in Surrey.

The firearm is believed to have been made with 3D-printed components.

The Surrey RCMP and SGET say there is an active investigation still in place in regards to the firearm.

The vehicle was a rental car and has been returned to the rental company.

In a statement to Daily Hive after an inquiry about potential uses of the jerrycan, the Surrey RCMP said “gasoline has been used as an accelerant in many vehicle fires after shootings in the Lower Mainland.”

Vancouver Police have strengthened efforts to curb gang activity in the city. This weekend the VPD said in a release that the VPD-led task force resulted in convictions against multiple Metro Vancouver gangsters.

The men convicted were major players in the gang conflict between March 2017 and August 2018.