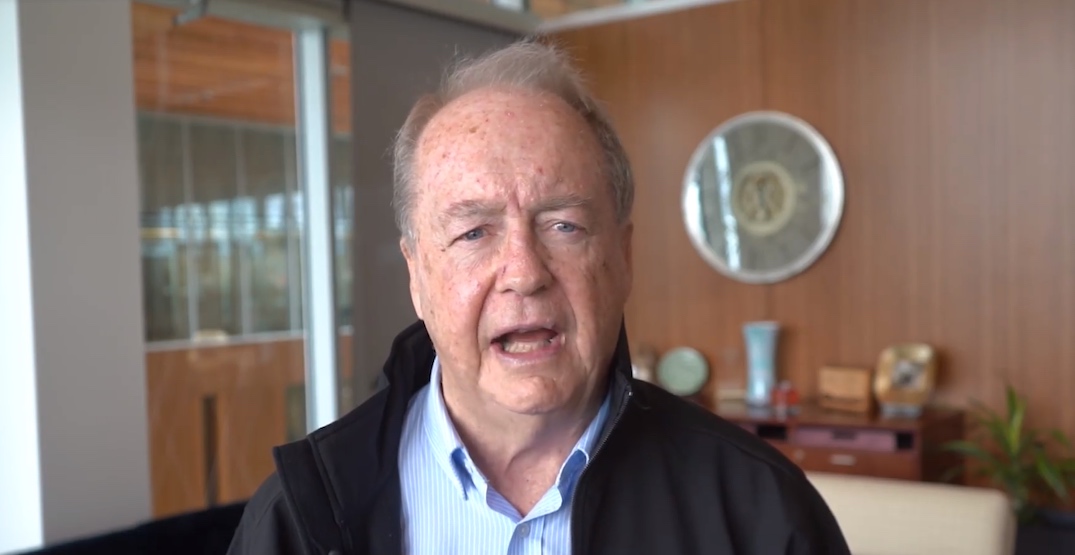 Not even an hour after a public mischief charge was approved against Surrey Mayor Doug McCallum, the calls for his resignation began.

The charge stems from an incident that occurred in September involving the Surrey mayor at a Keep the RCMP in Surrey rally.

City councillors, and residents alike, are using social media to suggest that McCallum is no longer fit to lead the city. He also serves as the head of the Surrey Police Board, as the city embarks on the transition from the RCMP to the Surrey Police Service.

City of Surrey Councillor Jack Hundial tweeted just after the charge was announced by the BC Prosecution Service, claiming that McCallum no longer has the moral authority to lead the city.

“To respect the City, the mayor should step aside and take a leave of absence while the courts address this issue. It can become a distraction and a tremendous cost in time and resources,” she said on Twitter.

Annis spoke to Daily Hive about the Surrey mayor and shed some more light on what this means for the city.

“I was shocked. I wasn’t expecting it to come today,” she said in regards to the charge. “It’s a real blemish on the mayor and also the city. ”

She went on to say that if the mayor was ultimately found guilty of the charge, he should then resign. But, for the time being, he should step aside as mayor and head of the Surrey Police Board.

Councillor Doug Elford refused to comment “on an issue that is before the courts.”

Fellow councillor Laurie Guerra also chose not to comment on an ongoing investigation. “I believe people are innocent until proven guilty.”

What would a guilty charge mean?

Public mischief is essentially falsely accusing someone of a crime.

If the mayor were found guilty, the charge of public mischief carries a maximum of five years in prison.

If the mayor were to step aside for the time being, Surrey councillors would assume the role of acting mayor on a rotating basis.

Annis points out that they still haven’t released their operating budget, which this recent news will likely further delay.

An update from the Surrey Police Board

The Surrey Police Board released a statement on Friday afternoon.

The board will not be removing McCallum from his position as chair, adding that they would not comment further on the situation.

McCallum is scheduled to appear in court in January.