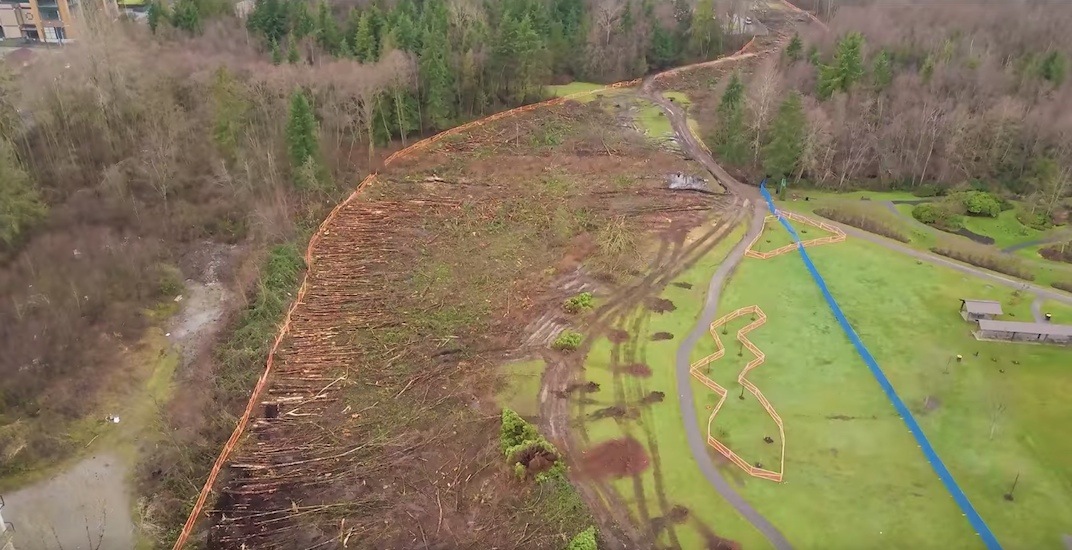 Approximately 450 trees were removed from Hawthorne Park in Surrey last week in anticipation for the start of construction for Surrey’s Newton-Guildford light rail transit (LRT) project, according to the municipal government.

Those opposed to the logging, which attracted protesters earlier this month, say the number is closer to 2,000 trees. 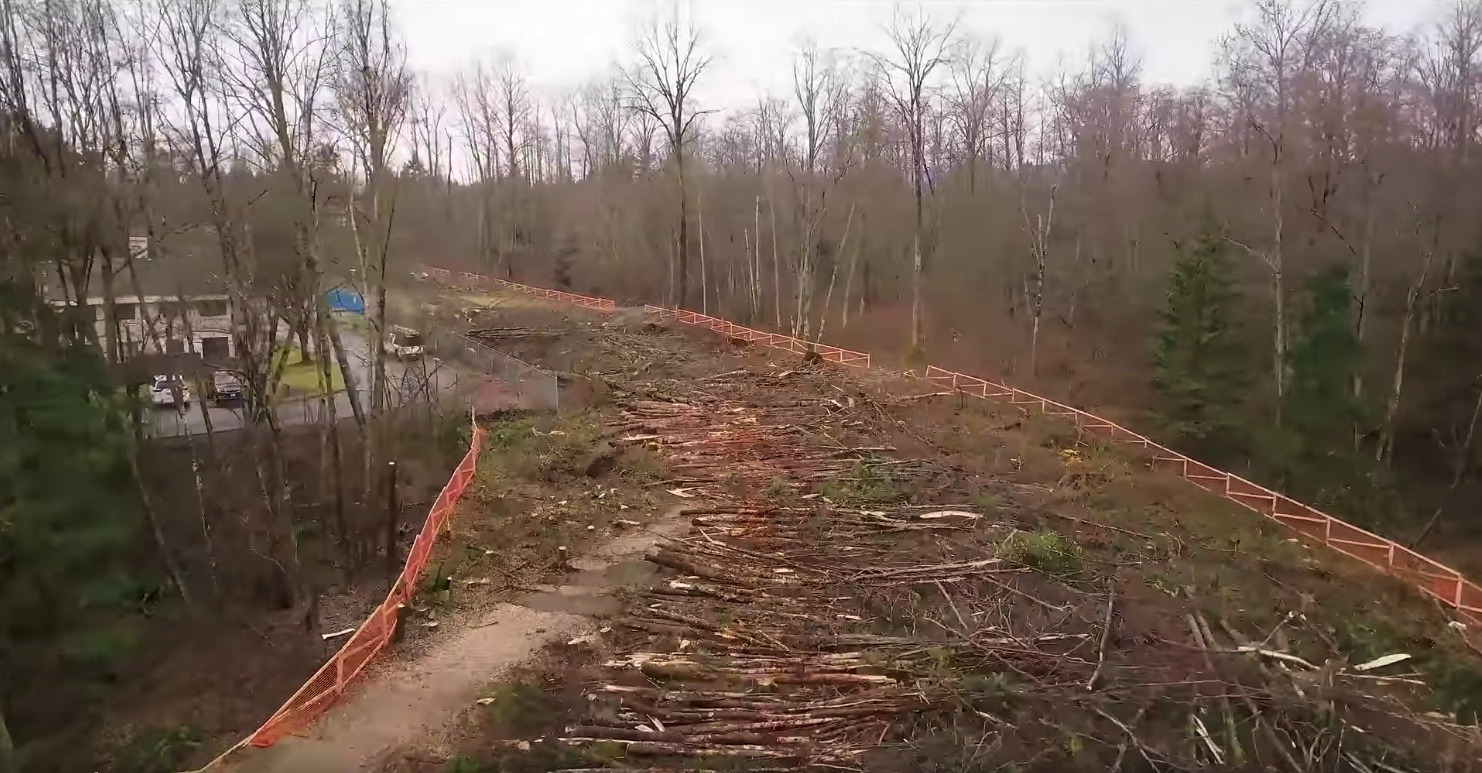 While this project is directly related to the LRT project, this is not the route the LRT will take.

A path is being cut through the length of the park to create a new east-west, two-lane road as part of an extension of 105 Avenue, which is being upgraded as the municipality’s newest arterial route.

The City of Surrey pushed the road project forward as the nearby paralleling, four-lane 104 Avenue will have two of its lanes removed to create space for ground-level, on-street LRT tracks and stations. 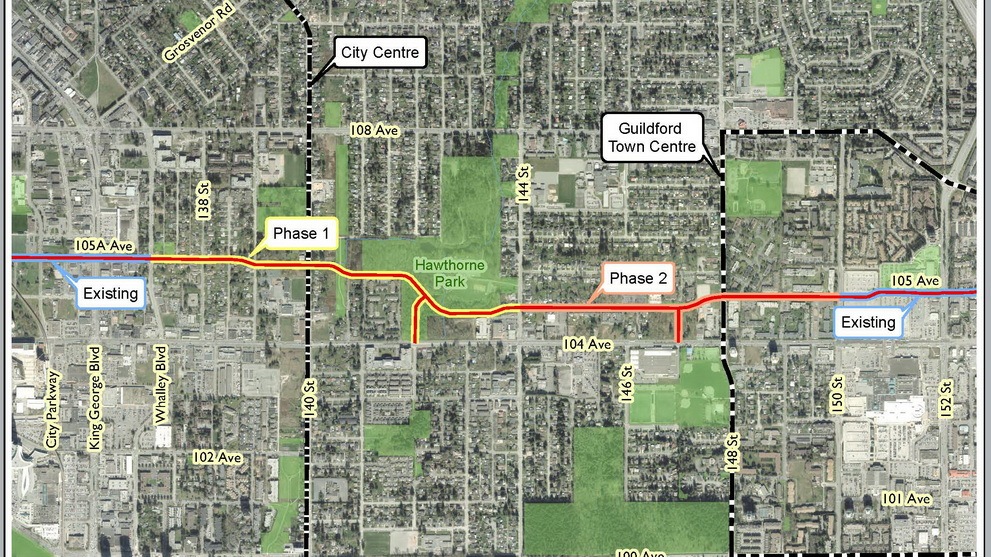 Replacement road capacity has been deemed necessary as 104 Avenue is the primary arterial road connecting downtown Surrey with Guildford Town Centre and Highway 1.

“LRT supporters were keen to suggest that there would be less disruption to communities by going at-grade, and we are now seeing that those assertions were completely false,” Daryl Dela Cruz, the Founding Director of SkyTrain for Surrey advocacy group, told Daily Hive.

“The impacts on Hawthorne Park reflect the simple reality of accommodating light rail systems that run at-grade on city streets. Traffic becomes displaced, so something else has to give way in order to manage the increased congestion.”

As well, utilities currently located along 104 Avenue need to be relocated in preparation for LRT, and a new corridor is needed for the utilities. 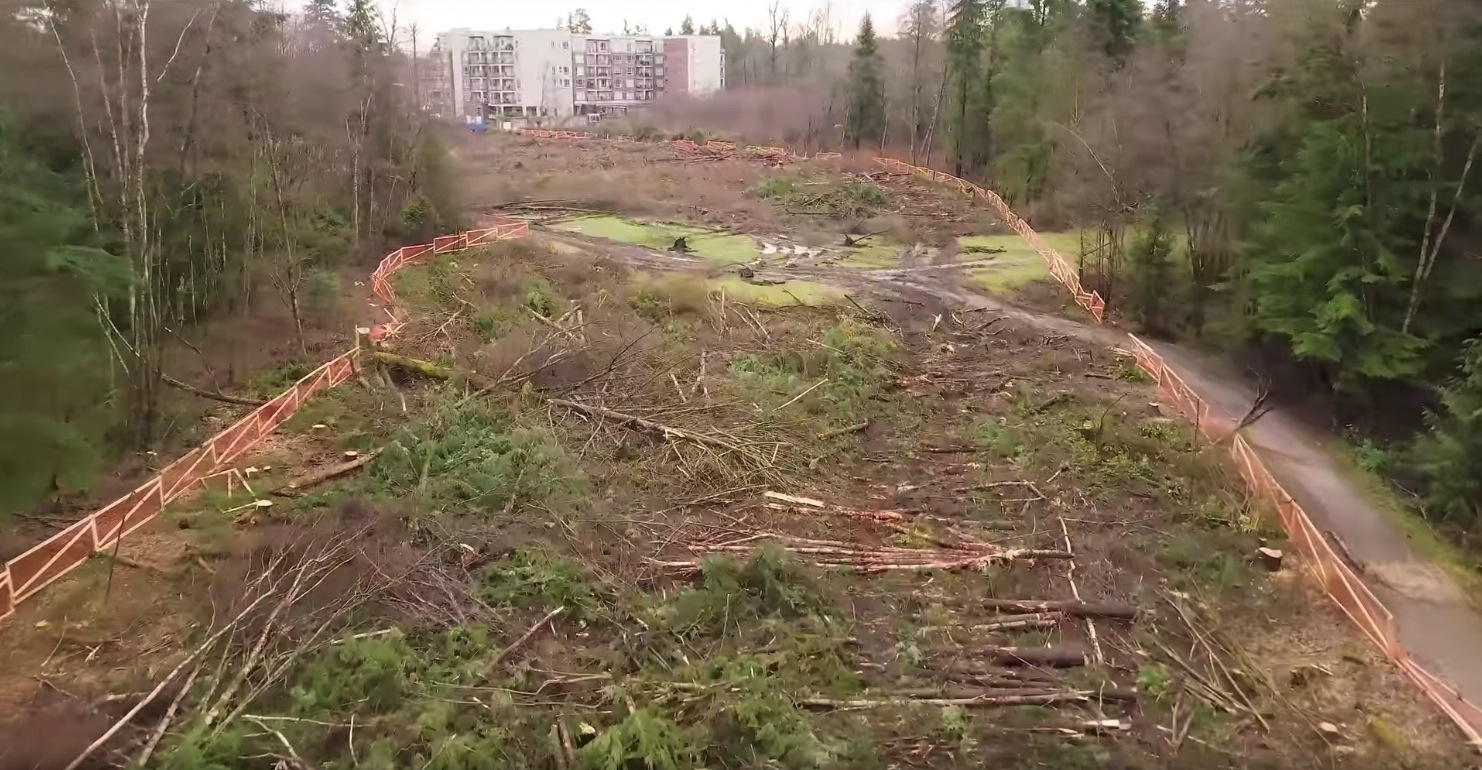 Towards the eastern end of the route, a section of the new road goes through the existing outdoor playfield for Hjorth Road Elementary School.

Drone footage uploaded to YouTube on Tuesday shows the extent of the clearcut in the public park, which is also a peat bog and marsh.

Some restoration and enhancement measures to the park are planned as part of the project.

The municipal government says it will increase the park’s overall area by one acre through the acquisition of adjacent properties to the park, plant 500 replacement trees, introduce environmental habitat areas, add new recreational amenities, create a new wetland habitat, and build an enhanced entry feature to the park. When the measures are complete, the park will gain 200 trees. 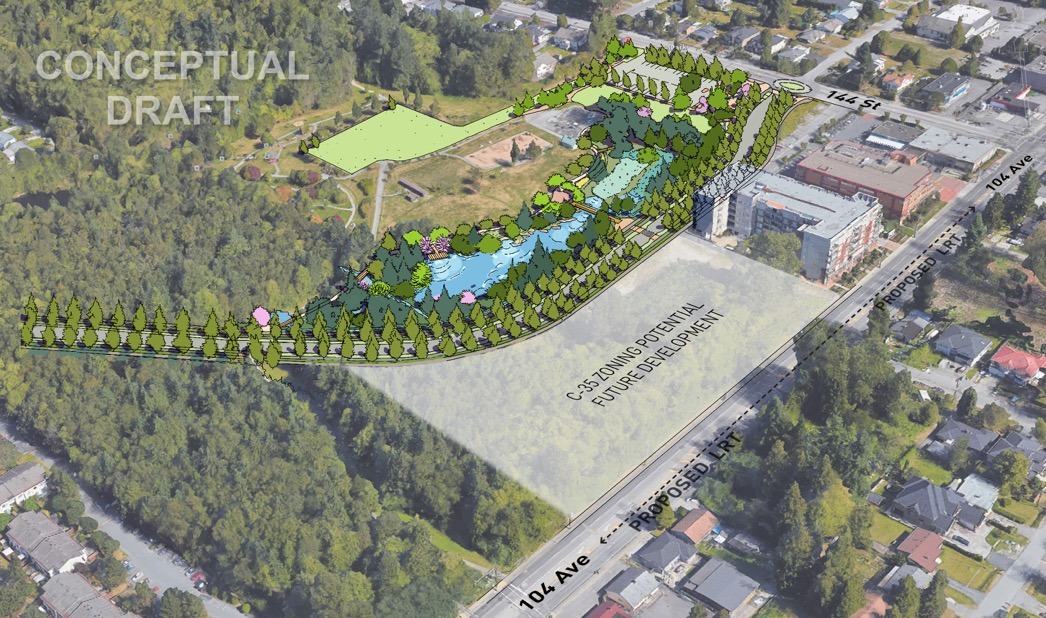 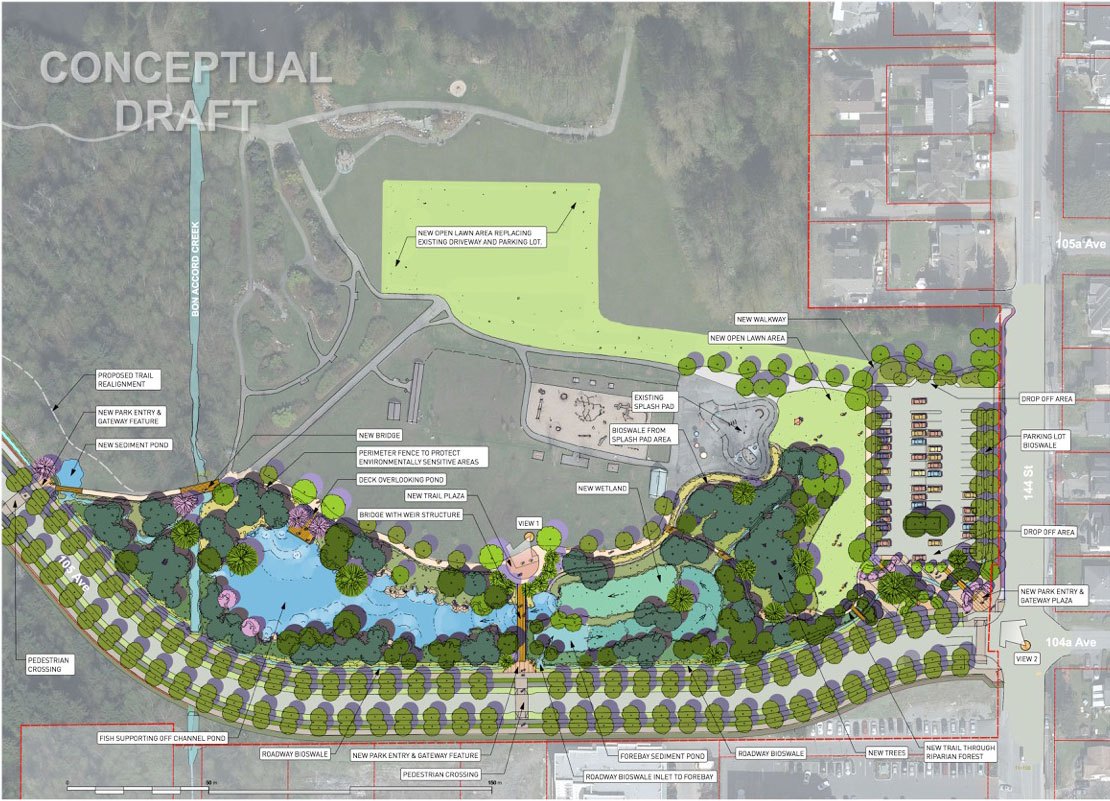 Work will continue on the new road and park modifications until 2020. If the LRT project overcomes funding and final approval hurdles, construction could begin in 2019 for a completion in 2024.

The first phase of the LRT project is expected to cost over $1 billion while the final proposed second phase along Fraser Highway to Langley will push the total cost to at least $2.6 billion.