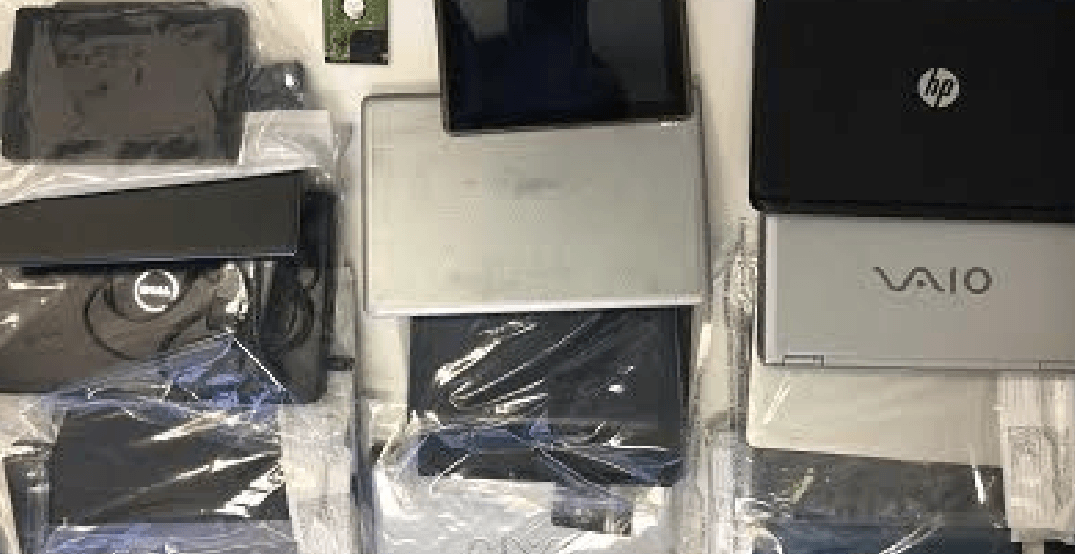 Some of the items seized (Surrey RCMP)

Surrey RCMP have made what they call a “significant seizure” and arrested eight people in connection with a fraud investigation in the city.

The case began in March of this year, when police began an investigation into an alleged fraud and forgery operation.

The investigation culminated in a search warrant being executed at a residence in the 18900 block of 64 Avenue late last week.

Investigators believe that individuals at this residence were forging documents and credit cards using stolen data.

During their search of the residence, investigators located and seized a significant amount of evidence including:

Eight people were arrested during the investigation, each allegedly found to be in possession of fraudulent identification and credit cards.

Charges have not been laid at this time as the investigation is on-going.

“Identity theft often has a big impact on victims, especially those who have their personal credit affected,” said Surrey RCMP Cpl. Elenore Sturko

“We are pleased that we have been able to stop this illegal operation and will continue to investigate finding those responsible for these types of crimes and bringing them before the courts.”