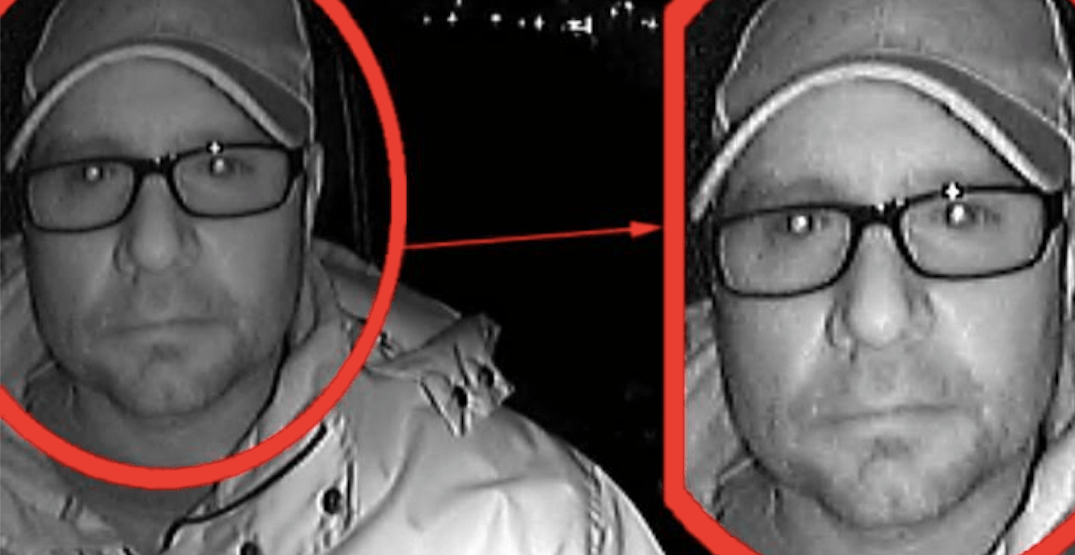 Surrey RCMP are renewing their request for the public’s help in finding a suspect allegedly involved in the armed robbery of a cab driver earlier this year.

According to police, the incident took place on February 1, at approximately 11:30 pm, when the suspect – who was the lone passenger in the cab – allegedly “used a weapon to threaten the driver and steal his money.”

The driver then fled the cab on foot, which was pulled over near 160 Street and 20th Avenue.

He was not injured during the incident.

Police describe the suspect as a Caucasian man, 5′ 8″ tall, with a medium build.

He was wearing a black jacket, black cap, and black-rimmed glasses at the time of the incident.

Those who wish to make an anonymous report, can do so by contacting Crime Stoppers at 1-800-222-TIPS or by leaving a tip online at solvecrime.ca.