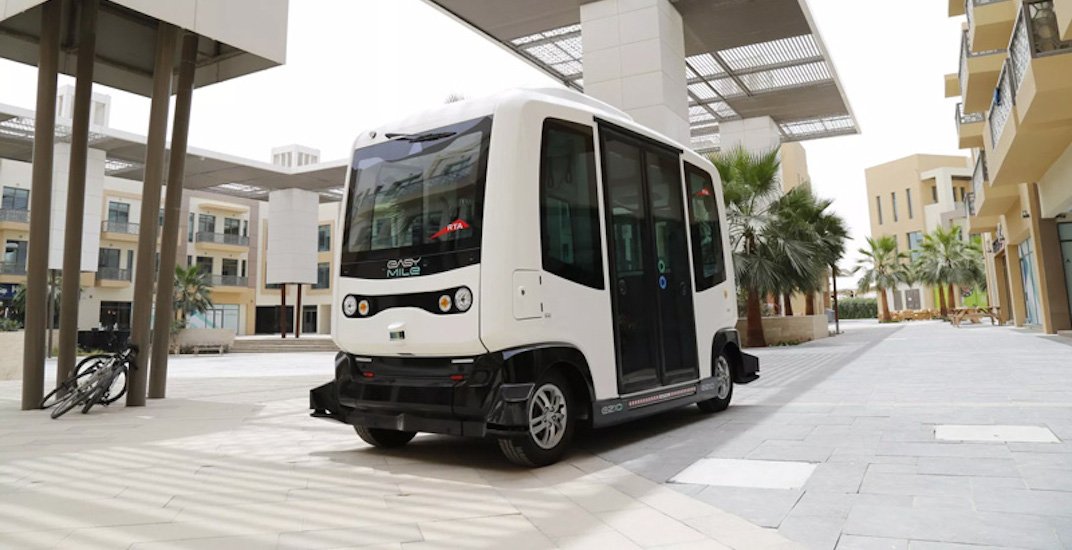 An autonomous shuttle vehicle will be making loops in and around Surrey Civic Plaza over the span of more than two weeks in February 2019 to provide Metro Vancouver residents with an opportunity to experience the future of driving.

This free public demonstration is a part of the joint partnership between the City of Surrey and the City of Vancouver for their Infrastructure Canada Smart Cities Challenge bid of creating Canada’s first two collision-free multimodal corridors with driverless vehicles.

The rides will take place on the plaza just outside Surrey’s City Hall and main library, from February 1 to 18 — Wednesday to Sunday from 10 am to 4 pm.

The vehicle being used is an electric automated EZ10 Driverless Shuttle, which is already being used in several locations in the world, including Dubai and a university in Germany. This vehicle is fully-accessible with a capacity of 12 passengers and a battery life of up to 14 hours.

Its maximum traveling speed is 40 km/hr, but during the traffic-separated demonstration its speed will be limited to about 12 km/hr.

An operator will be onboard to maneuver the vehicle if necessary, and all rides will take about five minutes.

This particular vehicle is designed and manufactured by France-based Easy Mile. Previous Canadian trials of the vehicle were conducted in Calgary between the Calgary Zoo and TELUS Spark last fall.

Self-driving buses by another company are also currently being tested in a Montreal suburb, and a separate driverless shuttle test was conducted in Montreal Olympic Park as well.

The Vancouver corridor will be a two-km-long route along the south shore of False Creek from Granville Island to Science World, providing connections to Olympic Village Station and Main Street-Science World Station. This project will utilize the right-of-way established by the former Olympic Line streetcar.

In Surrey, the corridor is envisioned for a 3.4-km-long route connecting Surrey Memorial Hospital and King George Station.

Final bids from Canadian municipalities are due in March, and the winner will be announced later this spring. Surrey and Vancouver are vying for the top prize of $50 million in funding.