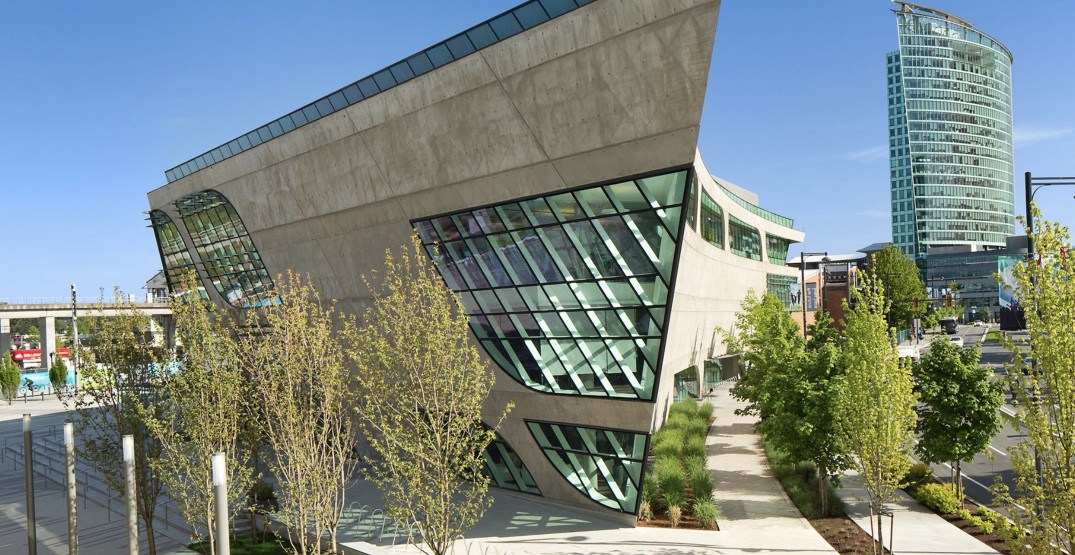 A Metro Vancouver library has been named one of the world’s most striking libraries in the world.

The Surrey City Centre Library made the list released by Literary Hub.

The library was opened in 2011 and spans 77,000-sq-ft over four floors. Designed by Revery Architecture (formerly Bing Thom Architects), the library features large windows, skylights, and a striking exterior.

According to the Literary Hub, the library’s distinct exterior looks like the “the prow of a ship.”

The only other Canadian library to make the list include the Library of Parliament in Ottawa, Ontario. Surprisingly, downtown Vancouver’s Central Library in did not make the list. In 2014, it was named one of the most beautiful libraries in the world by Travel+Leisure.

18 Most ‘Striking’ Libraries in the World