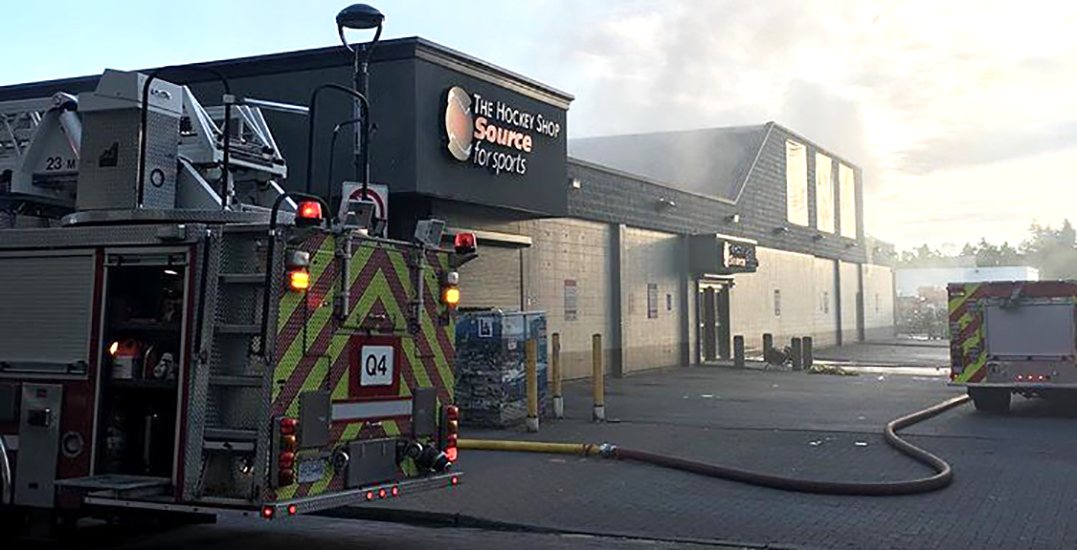 After a long, thorough investigation, a suspect has been charged in relation to a fire that destroyed a large business near Surrey City Centre.

On September 23, 2017, the Hockey Shop Source for Sports was destroyed by a fire. The damage was enough to shut down their three-floor location indefinitely and force them to find a new temporary location.

Six months later, a suspect, James Haslam, has been charged with Arson. Haslam was arrested and placed in custody, awaiting his next court appearance later this week.

It was a crime that greatly affected the hockey community in not just Surrey, but all of British Columbia and even south of the border. Sergeant Rob Kurtz of the Surrey Serious Crime Unit shares that he’s pleased that they’re “able to identify [the] suspect and forward this case to the Crown Counsel for prosecution.

The Hockey Shop has since made a remarkable recovery. After nearly two months they were able to relocate, taking over the 26,000 sq. ft space at the Surrey Place Mall.

They were given a tremendous greeting by hundreds of happy (and relieved) hockey fans during their grand re-opening on November 25, 2017.