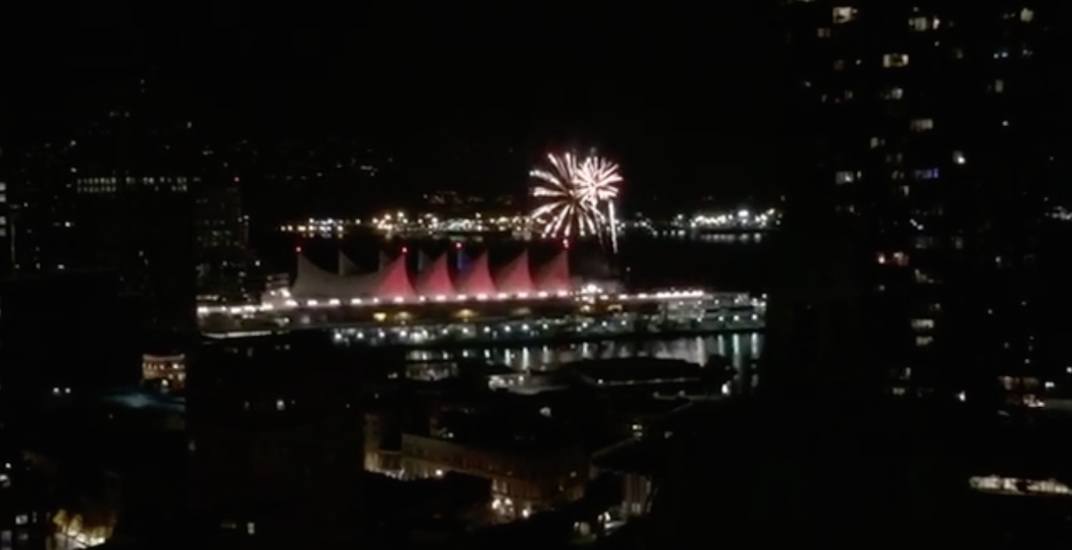 It’s almost as if the surprise fireworks in downtown Vancouver late this evening were meant to celebrate the first clear, wildfire smoke-free day in almost two weeks.

Of course, that wasn’t the case, but an impressive high-aerial fireworks show launched from a barge in Coal Harbour began at approximately 10:15 pm and lasted for at least 15 minutes.

Given the location, the fireworks may have been part of a private event held inside the Vancouver Convention Centre. And it certainly added value to Lululemon’s SeaWheeze Half-Marathon’s Sunset Festival, which ended at 10:30 pm with headliner Young The Giant, at Brockton Fields in Stanley Park.

Fireworks are part of the local convention industry, and event organizers are required to seek high-level approvals from the convention centre, Port of Vancouver, and the City of Vancouver.

These private shows are kept a secret to keep security and policing costs low. If all of Vancouver got word of the pyro show well ahead of time, the crowds that would descend onto the city centre would make the cost of doing such private shows highly unfeasible.

This is not the first time surprise fireworks coincided with an auspicious date. On April 25, 2015, a conference at the convention centre ended its event with a large fireworks display on the water just minutes after the final buzzer went off in the last Vancouver Canucks game of the season. The team had just been eliminated from the first round of the 2015 Stanley Cup Playoffs.