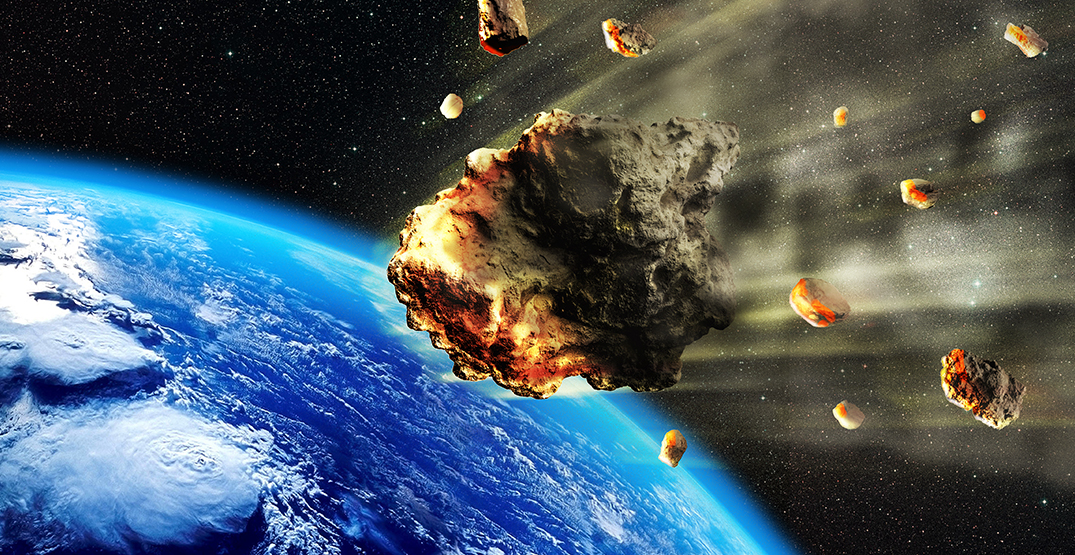 Where did the building blocks for life on Earth come from? Apparently, the same thing that ended life for dinosaurs millions of years ago.

After examining meteorites that landed in Canada, the US and Australia, scientists have discovered that those space rocks may have brought the chemical ingredients vital for creating life on Earth.

A team of scientists from Hokkaido University in Japan found all five of the key compounds needed to form DNA and RNA. These molecules carry the genetic instructions to develop living organisms.

“There is still much to learn about the chemical steps that led to the origin of life on Earth — the first self-replicating system,” astrobiologist and study co-author Danny Glavin told Reuters. “This research certainly adds to the list of chemical compounds that would have been present in the early Earth’s prebiotic soup.”

The study, published in the journal Nature Communications on Tuesday, examined material from three separate meteorites — one that crashed in Kentucky in 1950; another that fell in Murchison, Australia, in 1969; and one that crash-landed near Tagish Lake, BC, in 2000.

#DYK: The Meteorite Collection in @UofA_EAS is one of Canada’s largest university-based meteorite collection and houses 1,100 samples? This includes the Tagish Lake & Bruderheim meteorites!

All of these space rocks fall under a classification called carbonaceous chondrites, the oldest known meteorites. They are all carbon-rich, which is important because the chemical element is also one of the key ingredients for life on Earth.

If you skipped chemistry classes in high school, here’s a quick recap.

DNA is made up of four chemical building blocks (aka nucleobases) called adenine (A), thymine (T), cystosine (C) and guanine (G). RNA is also made of A, C and G but swaps out T for uracil (U).

Previous studies only detected A and G in meteorites and not T, C or U. There are two types of nucleobases: purines and pyrimidines. The nucleobases previously found in space rocks are both purines, with scientists just now detecting pyrimidines.

According to the researchers, the building blocks of DNA may have been incorporated into asteroids as the solar system formed.

While many scientists believe that the ingredients for life on Earth derive from meteorites, there are also other studies that theorize that volcanoes, submarine hydrothermal vents and lightning may have provided these building blocks.