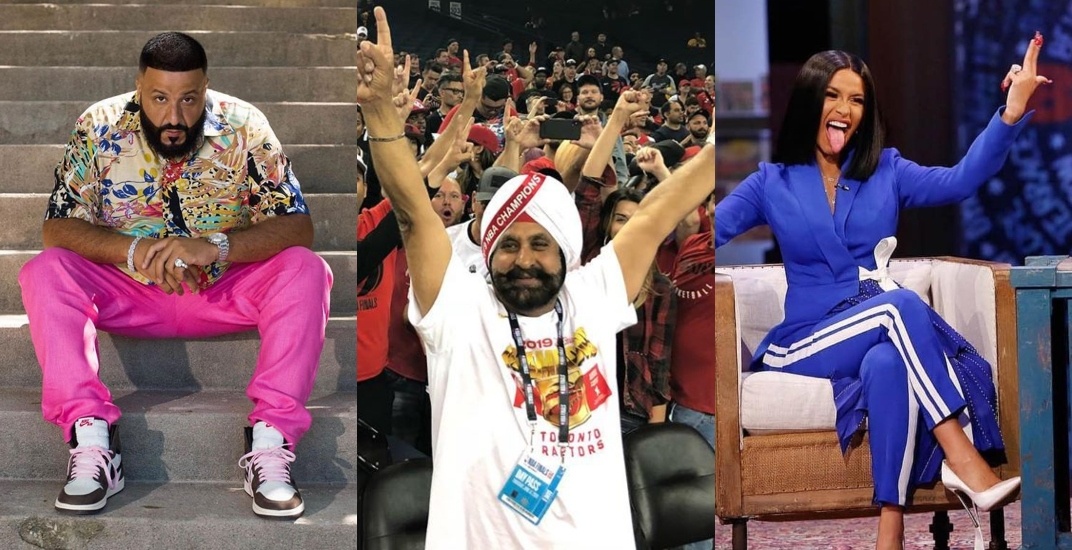 Superfan Nav Bhatia was a popular guy before, but since the NBA Finals he has seemingly risen to superstardom.

It began with series of viral tweets posted before the start of the Finals from a CNN reporter, which let basketball fans around the world know about Nav’s incredible story. From there, the Superfan has been interviewed by just about every media outlet, including an appearance on Good Morning America.

We even visited him at his house!

Following the Toronto Raptors’ NBA championship, the superfan was the obvious choice to serve as Grand Marshal in the parade.

And now the endorsement deals are starting to roll in.

But perhaps the most random and hilarious endorsement has to be this.

Bhatia is inviting fans to join him on a cruise in the Caribbean, featuring the likes of DJ Khaled, Cardi B, Post Malone, Da Baby, and Murda Beatz.

“You all know I don’t drink, I don’t smoke, I don’t womanize, I only Raptorize but that doesn’t mean I can’t celebrate the championship!!!” Bhatia wrote in an Instagram post.

“I celebrate my way and you celebrate yours but we should all celebrate together from June 28- July 1 at the hottest concert of the summer… The Days of Summer Cruise hosted by DJ Khaled with performances by Cardi B, Post Malone, Da Baby, Murda Beatz and more… I’ll be there along with a few special invited guests. So don’t miss our championship celebration.”

The “Days of Summer Cruise Fest” is a three-night cruise that leaves Miami on June 28. Prices aren’t cheap, with the lowest deposit (not the full price) on their website listed at $625 USD. Perhaps that’s why the superfan is offering a promo code which will get you 40% off the price.

Either way, good for Nav. He deserves a vacation after two months of hardcore playoff Superfanning.

“Hey not just players get downtime in the off season,” he says. “So does the Superfan.”