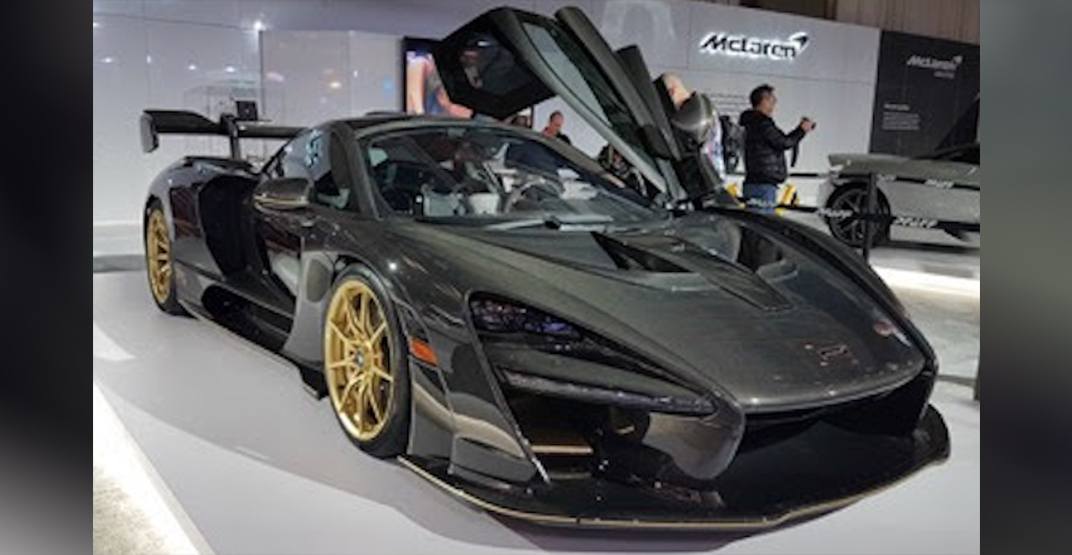 It’s considered to be one of the most widely anticipated supercars of 2019, and next month, the McLaren Senna, will be one of the featured vehicles on display at the 2019 Vancouver International Auto Show.

This will be the Western Canadian debut for the spectacular Senna, which is described by the manufacturer as “the personification of McLaren’s motorsport DNA”.

Named in honour of the late great Brazilian McLaren Formula One driver Ayrton Senna, the Senna is one of the rarest cars to come out of the company’s facility in Woking, England.

Only 500 of the spectacular vehicles were built and 499 are said to have been pre-sold, and one was auctioned for charity. This particular Senna is owned by Chris Pfaff, the President and CEO of Pfaff McLaren Vancouver.

Unlike previous McLaren vehicles, the $1.3 million CDN car is street legal, with credit to its low vehicle weight, aggressive power and aerodynamic styling.