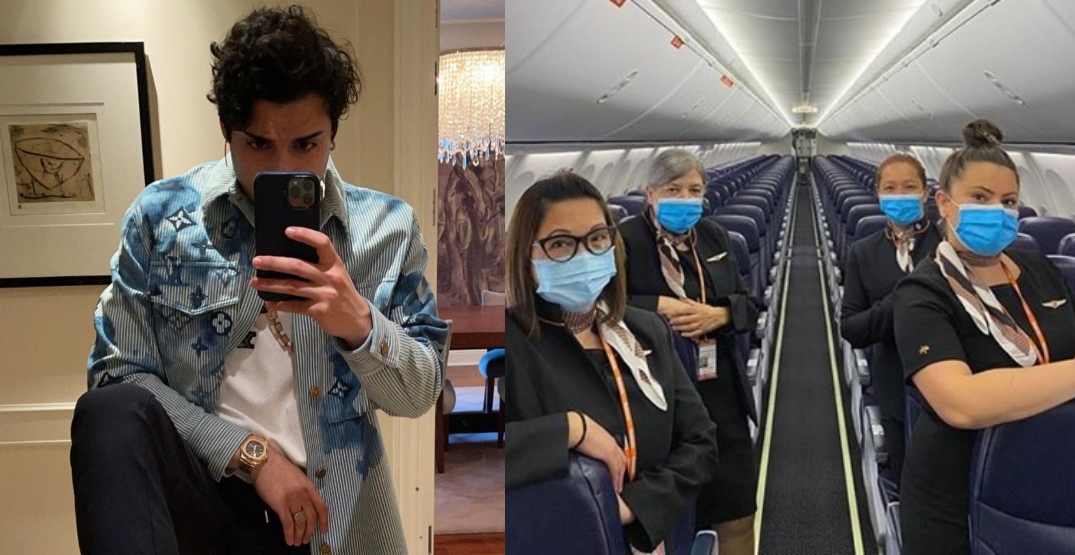 Over the past week, the story of Sunwing’s influencer party flight has gone from bad to worse more times than we can count.

In the latest development of Canada’s controversial COVID soap opera that has been addressed by Canada’s prime minister and featured on The Tonight Show with Jimmy Fallon, flight organizer James William Awad has gathered momentum from his recent Twitter rants.

Now, he has taken to Instagram to, once again, tell his side of the story.

I have posted a replay of a 1 hour + long live on my 111privateclub instagram page explaining alot of the events if you would like to see it! It’s in French

In the early hours of the morning of January 10, the 28-year-old founder of 111 Private Club posted two videos (both of which were taken from live broadcasts from January 9) to the club’s Instagram page.

The first video, which clocked in at 36 minutes, featured Awad wearing sunglasses and a mask.

Influencer Tony Lee, who was a fellow passenger on the flight, joined the live video shortly afterward as the two joked about the situation and argued that their actions were justified.

“Where are you?” asked Awad. To which Lee jokingly replied, “I’m stuck in Mexico, bro.”

In French, Awad mentioned that he was “stuck somewhere in the world” and that he was trying to avoid journalists.

“We’re criminals. We partied on the plane,” Awad said sarcastically.

“There are things we could have done differently,” said Lee. “But we did not commit a crime. We did not kill anyone.”

The two, who face large fines, were in agreement that the treatment they received for throwing a Montreal to Cancun in-flight party on December 30 was not justified.

For the remainder of the live broadcast, Awad took questions from followers. He also took the opportunity to promote 111 Private Club, an exclusive influencer club that he owns and operates.

Taking more questions in his second live video, Awad announced that he would soon host a “press conference” for journalists where all questions would be answered.

In the meantime, he suggested members of the media focus on “more important things.”

He also cleared up some ongoing rumours about the current state of the flight’s passengers.  “There’s no one stuck in Mexico right now. Everyone is able to come home to Montreal,” he said.