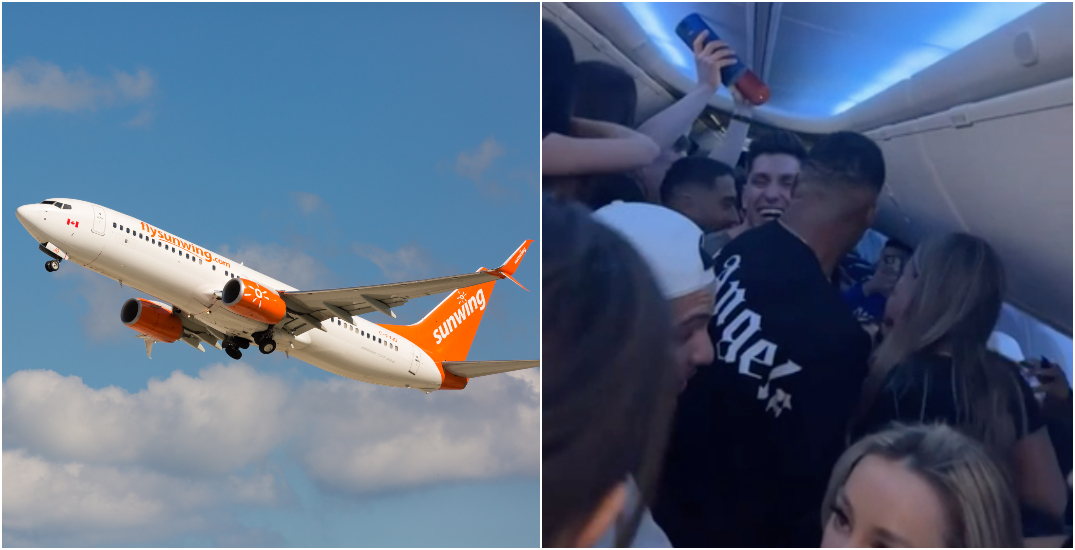 Twitter is good for a few things, including live-tweeting all the juiciest bits of reality TV show finales, and going on rants that will last indefinitely on the internet as incriminating screenshots.

Following a flight fiasco where passengers on a privately charted Sunwing flight from Montreal to Cancun appeared to be partying at 30,000 feet, the organizer took to Twitter this weekend to double down on defending the event.

“The only thing that went wrong on this trip is having our “return” flight cancelled. Relax,” wrote Awad.

In a second tweet, he wrote that only 15 to 20 people were partying on the plane while other passengers were seated.

“That’s barely 8% of the people that participated in that event. The Ratio is great. The 111 Private Club is A1. We’re working on bringing that “bad” ratio down gradually,” he said.

The few bad apples on the flight could end up costing everyone. The passengers – many of whom are actors and influencers – could be facing hefty fines for failing to follow Canada’s air travel rules.

If they’re found to have been non-compliant with Transport Canada’s regulations and requirements, then each passenger could be fined up to $5,000.

As for Awad, his recent tweets included a clip of a Jimmy Fallon monologue referencing the Sunwing party flight.

Then, he ended his Twitter rant on a sweet note with a message to his followers 4,000.

You can read his official statement on the incident in English on his blog.