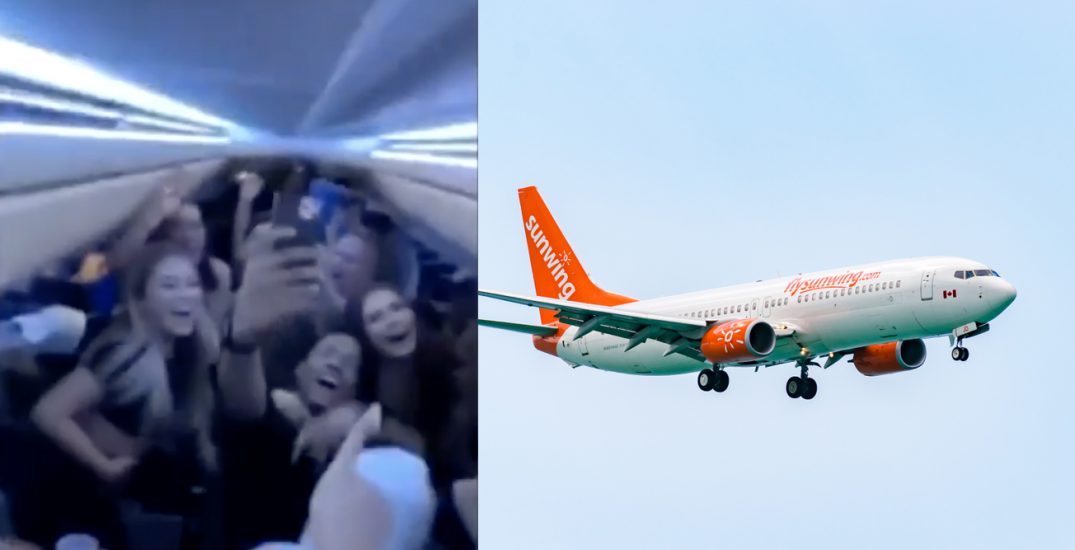 Passengers who could be facing fines after partying on a Sunwing flight have begun to respond to backlash after videos of the event were circulated online.

The privately chartered plane, full of influencers and actors, was booked by a private club that organized a trip from Montreal to Cancun on December 30.

Videos began circulating on Instagram, showing passengers dancing in the aisles without masks, drinking, and smoking.

Those involved may be facing up to $5,000 each in fines for failing to comply with Canada’s air travel rules, and Sunwing Airlines says it has triggered an investigation by Transport Canada.

Several of the passengers from the flight have taken to social media to defend themselves, either claiming they weren’t involved or saying that they didn’t realize the party would become such a big deal.

“A simple party on a plane did all this buzz,” James William Awad, founder of TripleOne Decentralized Concept, wrote on Twitter on Wednesday.

I take this matter very seriously. A simple party on a plane did all this buzz. I will take a moment to sit down and re think everything. Especially how I can do things better next time. Give me a moment to understand the situation better.

Awad also wrote that he takes this matter very seriously, and is taking a moment to “sit down and re-think everything,” especially how he can “do things better next time.” He plans to release a statement on Twitter on Thursday morning.

Isabelle Labrecque, a Quebec reality TV personality, said in an Instagram Live video that she was sleeping while the partying was going on.

“We don’t want to be bashed for things that we didn’t do,” she added.

During a Wednesday morning press conference, Prime Minister Justin Trudeau was asked about the flight. He said that Transport Canada is taking the situation “extremely seriously,” and that there will be a full investigation into exactly what went on.

“I think like all Canadians who have seen those videos,” he added, “I’m extremely frustrated. … It’s a slap in the face.”

According to the Journal de Montréal, Sunwing chose to cancel the 154-passenger return flight, which was scheduled to depart from Cancun on January 5.

Sunwing says the group “did not accept the terms and conditions” for the private charter return flight; however, Awad disagrees, saying on Twitter that he wanted to make sure the group can eat during the five-hour flight.

“If not,” he wrote, “I still agreed to all the conditions.”

A Twitter post from Air Transat on Wednesday says that some members of the group attempted to buy tickets return tickets through the airline, but are being denied boarding.

2/2 We confirm that they will be denied boarding based on our legal and regulatory obligations to ensure the safety of both our passengers and crew, which is our top priority.