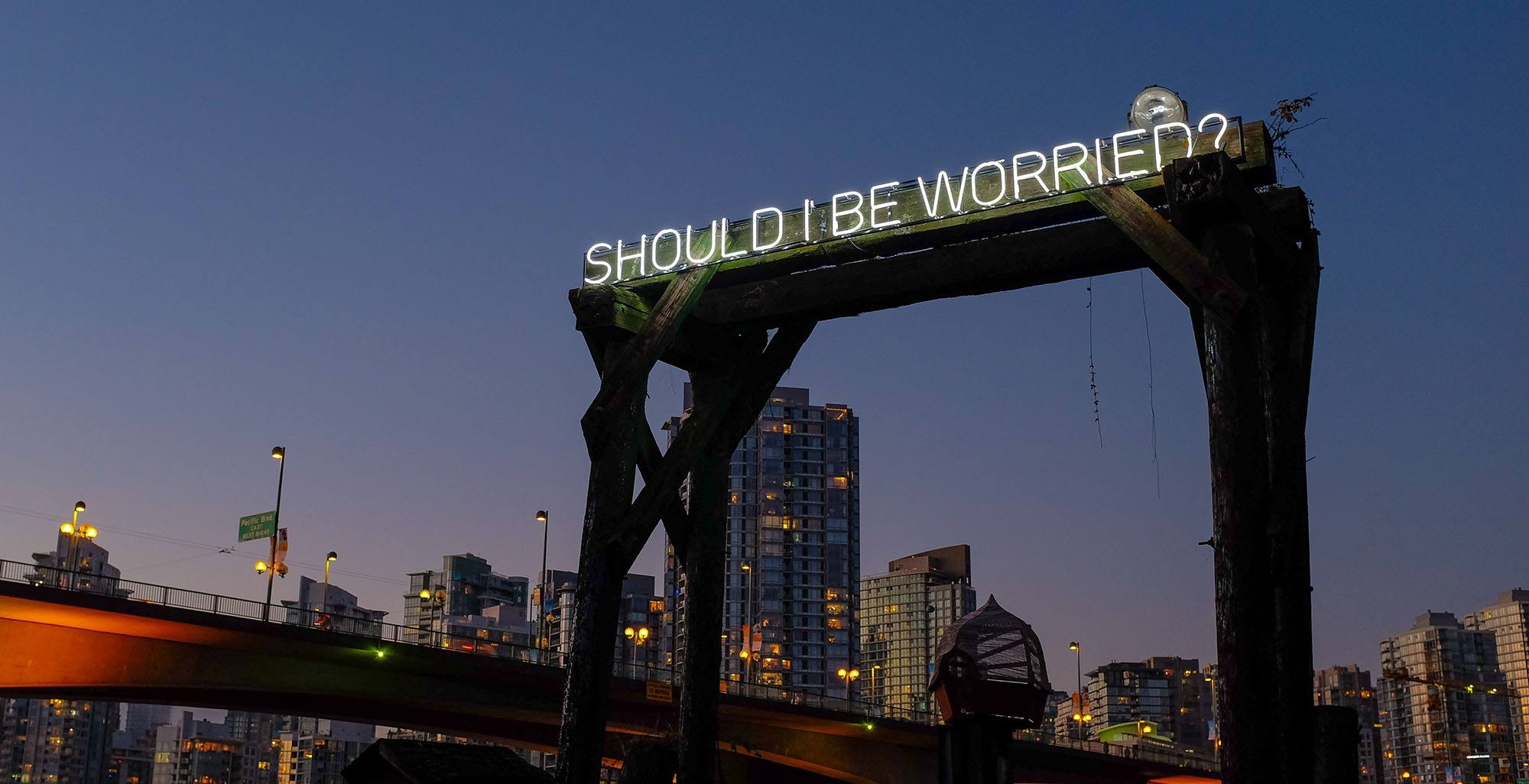 Should I Be Worried neon sign in False Creek, Vancouver (Justin Langlois)

A new public artwork in Vancouver’s False Creek – a neon sign reading “Should I Be Worried?” – is part of a program that cost the City $115,000, it has confirmed.

The sign was created by the City’s first ever Artist-in-Residence Justin Langlois, who told Daily Hive the question was triggered by the many issues facing the city.

However, since the new sign was unveiled last week, the artwork has triggered another question among Vancouverites – how much exactly did it cost?

In a statement to Daily Hive, a City of Vancouver spokesperson said the new public artwork cost $65,000 to create and install.

That included electrical and structural engineering, neon fabrication and installation of the piece on a structure in the waters of False Creek, said the spokesperson.

“The City is a living wage employer and believes in compensating artists appropriately for their work,” said the spokesperson.

“Artists and public art are important to keeping Vancouver a vibrant and livable city.”

The cost of the artwork was part of the $115,000 budget allocated to the Artist-in-Residence program, drawn from both sustainability and public art funds.

“The remainder of the budget supported Justin Langlois’ work over 18 months as an Artist-in-Residence with the Sustainability Group, as well as covering taxes, insurance, materials, and a contingency towards production,” said the City spokesperson.

“Throughout his 18 months with the City, Justin worked to develop projects, collaborate on a range of initiatives, research and review programs, and offer workshops to the Sustainability team.”

A post shared by Alberto Mejia LeGresley (@digitalphotographylife) on Dec 9, 2017 at 1:39pm PST

Editor’s Note: The headline of this post has been changed to reflect that the $115,000 covered not just production of the artwork, but the entire Artist-In Residence program.