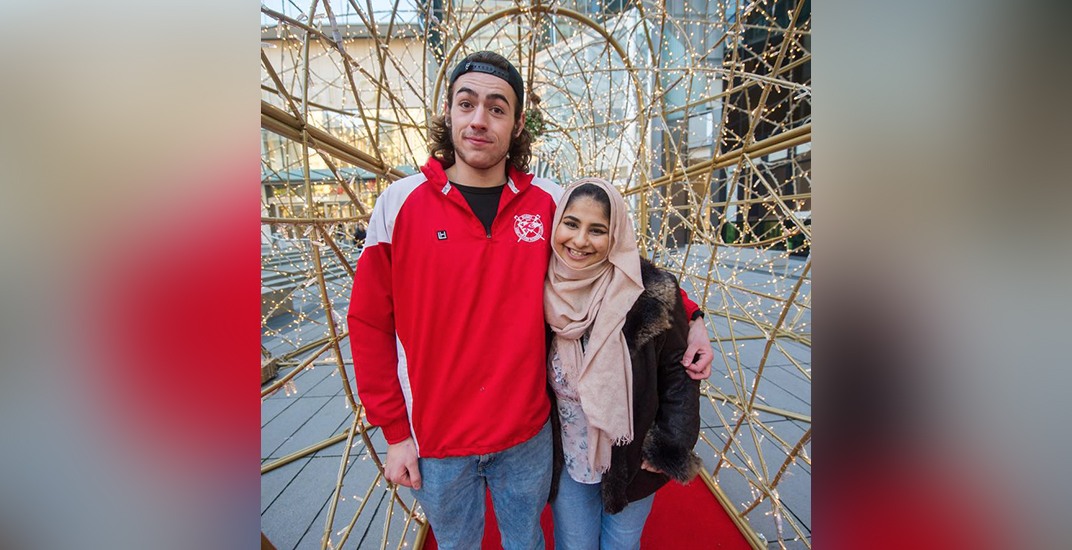 A GoFundMe campaign aims to raise a reward for Jake Taylor, the man who defended young woman Noor Fadel from an alleged racist attack on the SkyTrain in Vancouver.

The campaign accompanies the hashtag #ThankYouJake, which has gone viral since Fadel wrote on Facebook about a man attacking her on the Canada Line on December 4.

“This man got up and started to swear at me calling me a whore and a slut telling me he will kill me and all Muslims in a mix of Arabic and some other language I wasn’t understanding,” she wrote.

The man also allegedly struck Fadel across the face while others on the train “watched as he did so.”

No one stepped in to stop the attack, she writes. No one that is, except for Taylor, who stayed with her until she was off the train and safe.

A 46-year-old man, Pierre Belzan, has since been charged with one count of Threatening to Cause Death or Bodily Harm and one count of Assault.

Taylor to get ‘biggest surprise of his life’

The campaign and hashtag for Taylor were both started by Muhammad Lila, who, according to his Twitter profile, does work for CNN, ABC, and CBC.

Writing on the GoFundMe page, Lila says Taylor “risked his own life to protect a stranger who was completely defenceless.”

“Not all heroes have superpowers or wear capes… Let’s share this to show him some love,” writes Lila. “No good deed should go unrewarded.”

Lila clarifies that Taylor has never asked for money or anything else in return for his gesture, and he doesn’t know Taylor at all.

But Lila says, “If you’re Canadian, you know Jake exemplified the best of who we are.”

“If you’re Muslim… we owe him a debt of gratitude. We’re taught the reward for goodness is nothing but goodness.”

The goal of the GoFundMe is to raise $5,000 for Taylor. Once the goal is hit, Lila is promising to fly to Vancouver to surprise Jake on video.

Lila writes that he hopes it will be the biggest surprise of Taylor’s life.

“I’ll capture the moment on video, showing him that thousands of people around the world are grateful,” writes Lila.

“You’ll get to see the actual moment where your contribution made a difference.”

If you would like to donate, you can do so here: gofundme.com/ThankYouJakeTaylor.