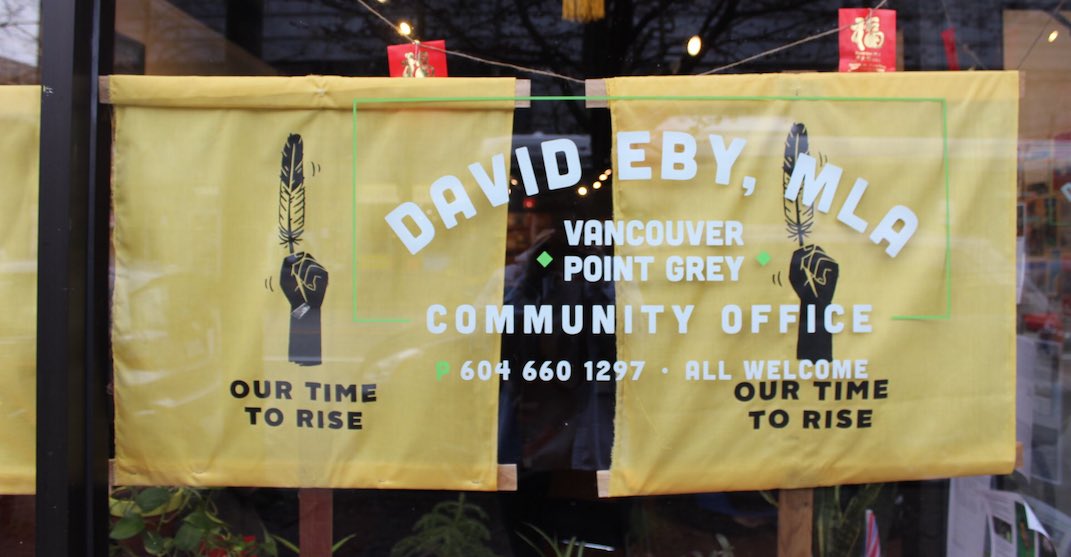 A group of students from the University of British Columbia occupied the offices of the province’s Attorney General yesterday in solidarity with Wet’suwet’en.

The students are apart of UBC350, Our Time Vancouver, and UBC Social Justice Centre, all groups that advocate for climate justice.

The students took to Twitter to share the reason for their peaceful protest and occupation of David Eby’s office, which they say was to call on him and the government to uphold their commitments to Indigenous communities.

“We are occupying Attorney General David Eby’s office today to call on him to uphold his government’s commitments to — and obligation under — the United Declaration on the Rights of Indigenous Peoples,” said UBC350 members on Twitter. 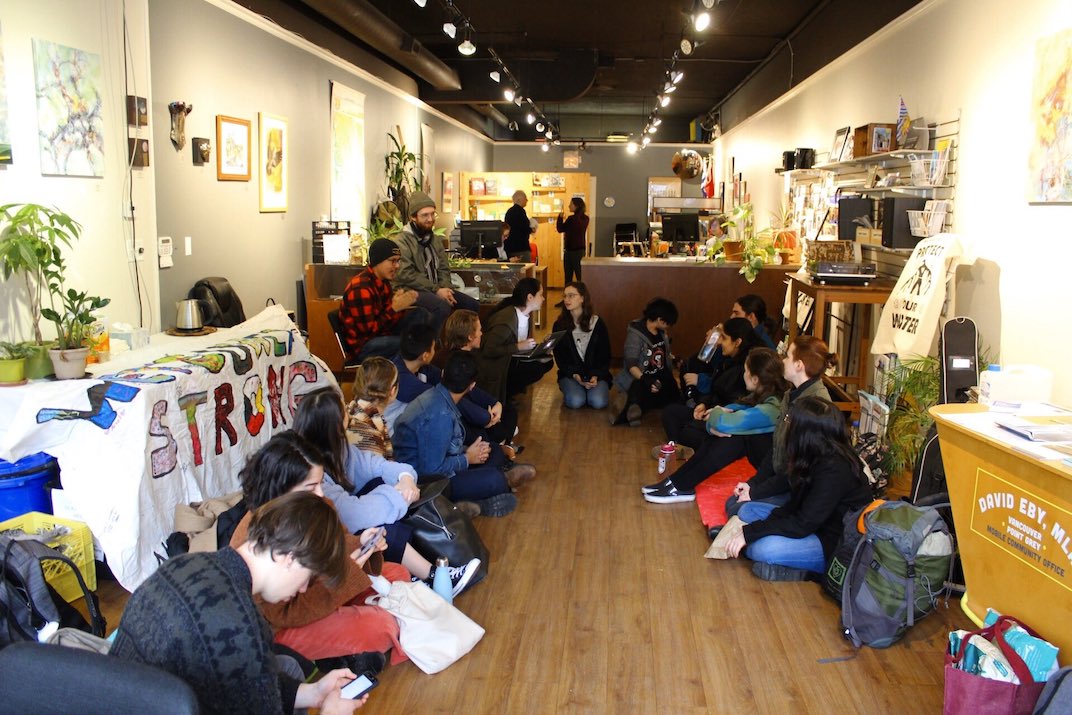 The group says that they follow the leadership of the Wet’suwet’en Nation, “who are defending their unceded territories from colonial destruction,” as well as the Indigenous youth who peacefully occupied Energy Minister Michelle Mungall’s office on January 21.

The group shared their demands online, including having the province cease construction of the Coastal GasLink Pipeline project and suspend permits.

The group also demands that the UNDRIP and the right to free, prior, and informed consent (FPIC) are respected by the state and RCMP; that the RCMP and associated security and policing services be withdrawn from Wet’suwet’en lands.

that the provincial and federal government, RCMP, and private industry employed by CGL respect Wet’suwet’en laws and governance system; refrain from using any force to access their lands or remove their people; and that the BC Premier and relevant Ministers meet with Wet’suwet’en Hereditary Chiefs to receive and adhere to their demands.

The group gathered at David Eby’s MLA office in the morning around 9 am and continued their occupation past closing.

“Yesterday at around 9 am, several protestors gathered at David Eby’s MLA office,” said a statement from Vancouver police.

“The protestors stayed inside the office until the office closed at 5:00 pm.”

arrests are occuring. peaceful young protestors demanding justice for the wet’suwet’en people are being thrown in the back of police cars pic.twitter.com/HYanVEJ8uU

Three of the protesters were ultimately arrested by VPD and escorted out of the building.

“Three protestors remained in the office for another two hours after closing and refused to leave,” said a police spokesperson in a statement.

“After staff asked them multiple times to leave, police arrived and arrested the three people for Mischief.  They were taken to jail and released with a court date.”

The office of Minister and Attorney General David Eby says that he has previously met with members of UBC350 in the past.

“My office and I are always available to constituents, and I’ve enjoyed the many meetings I’ve had with UBC350 in the past where we have discussed a range of climate-related issues,” said Eby.

“In addition to meeting with UBC350 many times, I have met with several community groups and individuals to hear their concerns about the very sensitive situation related to the Wet’suwet’en.”

Eby says that while he tries to be available to meet with constituents, visitors must leave when the office closes.

“I try to be as available as possible to hear from constituents about the issues that concern them, and to make my office as open as possible, including extending office hours when needed,” said Eby.

“However, in fairness to my staff and in recognition of sensitive personal information that is in casework files stored at our office, all visitors to the office must leave when the office closes at the end of the day.”

In a press release, action organizer with the UBC Social Justice Centre, Gabby Doebeli explains what brought the three groups to Eby’s office.

“We refuse to accept the shameful status quo of colonial extraction and violence alongside empty words of reconciliation, and we will do everything we can to hold this colonial government accountable for the violence they are enacting,” said Doebeli.

“I’m outraged by the actions of the RCMP, the Federal and John Horgan’s Provincial Government and Coastal GasLink, which violate Wet’suwet’en law, Canadian law, and the United Nations Declaration on the Rights of Indigenous Peoples. This is especially disgraceful because of John Horgan’s recent legislation of UNDRIP. He has the power to stop this.”