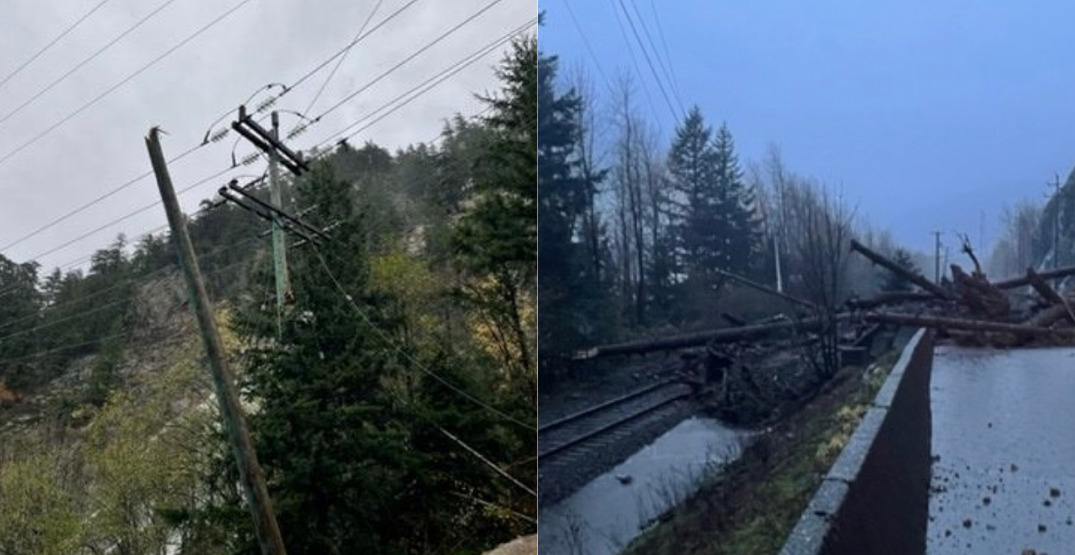 Thousands of customers are still without power across the Lower Mainland, as BC Hydro crews continue to survey the damage.

Customers are experiencing power outages from West Vancouver, all the way to Abbotsford.

As of 7:30 pm on Monday night, over 20,000 people were without power just in the Lower Mainland, with over an additional 40,000 suffering without power across the province.

While rainfall warnings have come to an end, heavy winds will persist over the next 24 hours. More power outages are likely to transpire within that time.

A statement from BC Hydro suggests that between 3 and 4 pm, about 126,000 people were without power, the peak during this storm.

“The hardest hit areas were the Lower Mainland, the Sunshine Coast and the southern half of Vancouver Island.”

Over 29,000 people were without power in southern Vancouver Island on Monday evening.

The statement also says that crews are having trouble accessing certain areas due to flooding.

#BCStorm update: We continue to deal with the aftermath of the “atmospheric river” that impacted southern #BC, while also responding to new power outages on the south coast and #VancouverIsland caused by strong winds. Here’s how we’re responding: https://t.co/YFDAf2t1ul pic.twitter.com/NF0yTNDai2

There is no timetable on when affected customers can expect power back.