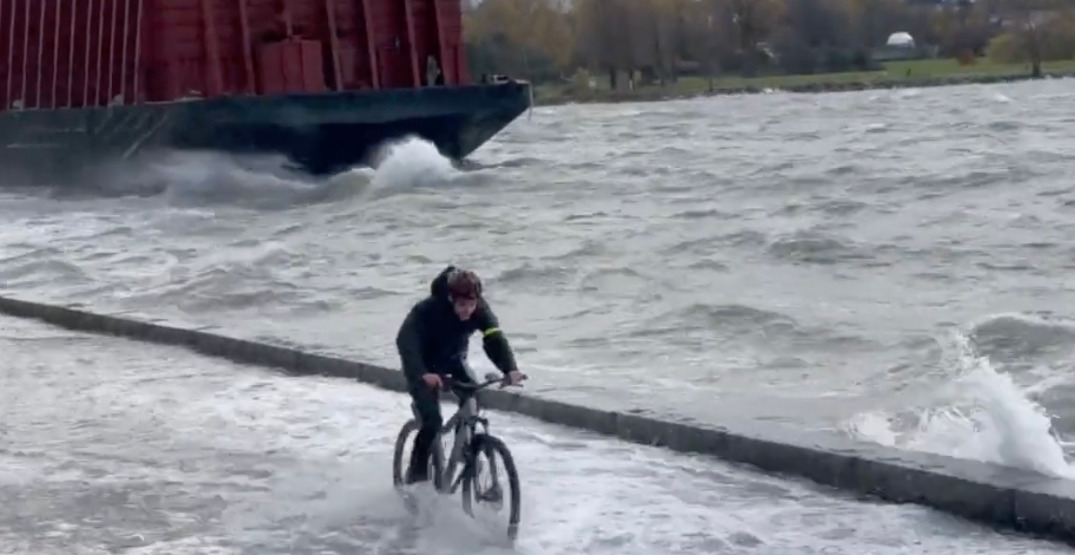 BC’s most recent atmospheric river has been well documented so far, and it continues to severely impact parts of the province, but it didn’t phase one brave Vancouver cyclist.

Thankfully, they were wearing a helmet, but they forgot their scuba gear at home, although it didn’t seem to be a problem.

The effort the cyclist made was nothing short of epic as they trudged through the water that had flooded parts of the Seawall without flinching.

The cyclist can be seen using all their energy to push through the water that washed up onto the Seawall as waves come crashing over them. The only thing that would have made it more epic was if it had been set to the tune of “November Rain” by Guns N’ Roses.

You can watch the video below.

the barge and a storm cyclist. how long will they stay in place?! #bcstorm pic.twitter.com/4ywBNdrR1L

Somebody tell this guy about Peloton

Someone else tweeted, “Whoa.”

Park Board officials announced the closure of Stanley Park and the Seawall for the time being, so if you were hoping to join this brave cyclist and bike the Seawall, you’re out of luck.