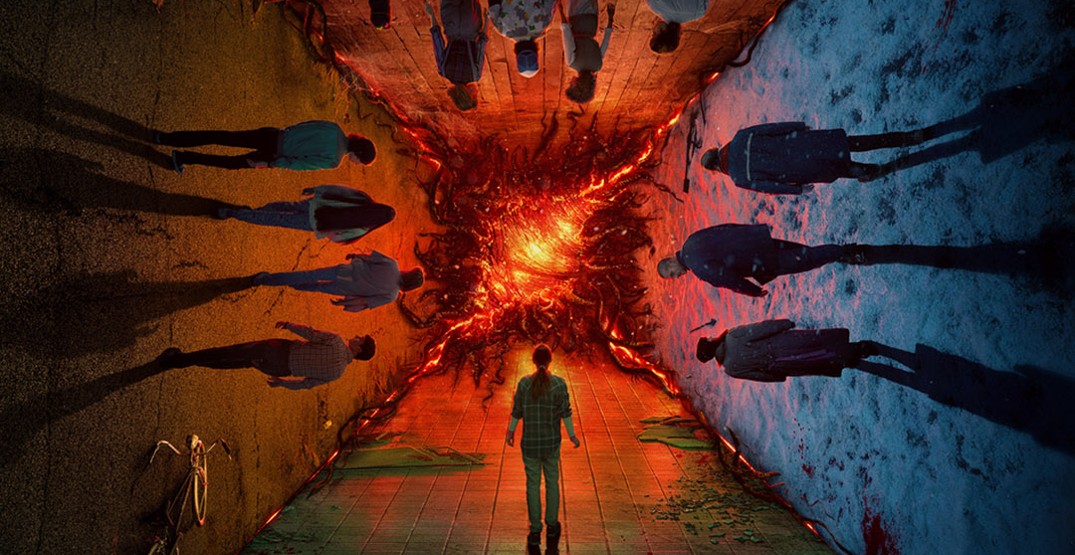 Stranger Things is coming to Netflix this year with its fourth season.

In an open letter from the Duffer Brothers, the creators of the show, said that after “nine scripts, 800 pages, and almost two years of filming,” the new season will be split into two volumes: volume one will be released on May 27, while volume two comes out five weeks later on July 1.

This is certainly welcome news for fans who’ve had to endure a long wait; season 3 came out three years ago in 2019.

The Duffer Brothers said that while season four was the most challenging season yet, it was also the most rewarding one.

“Seven years ago, we planned out the complete story arc for Stranger Things,” they said. “At the time, we predicted the story would last four to five seasons.”

However, it’s not all good news because it looks like seasons four and five will be the last trip to Hawkins, Indiana.

Every ending has a beginning. Vol. 1 is coming May 27. Vol. 2 is coming July 1. pic.twitter.com/nw8IYqQzil

The sci-fi/horror show premiered in 2016 and has since gained a cult following, turning its young actors into superstars.

Actor Finn Wolfhard has since appeared in movies like It and Ghostbusters: Afterlife, while co-star Millie Bobby Brown starred in Godzilla: King of the Monsters and Enola Holmes. The show also stars Winona Ryder, David Harbour, and Noah Schnapp.

The next two seasons will pick up several months after the Battle of Starcourt Mall.

The trailer, which was released late last year, opens with Eleven (Brown) painting a diorama figure of her father and Hawkins police chief Jim Hopper (Harbour), who presumedly died while trying to close the portal to the Upside Down.

His death has certainly left a mark on the lives of the group of friends, causing the Byers family to pack up and leave Hawkins with Eleven.

The Duffer Brothers said that everyone involved “is incredibly proud of the results, and we can’t wait to share it with you.”

Watch the trailer below: