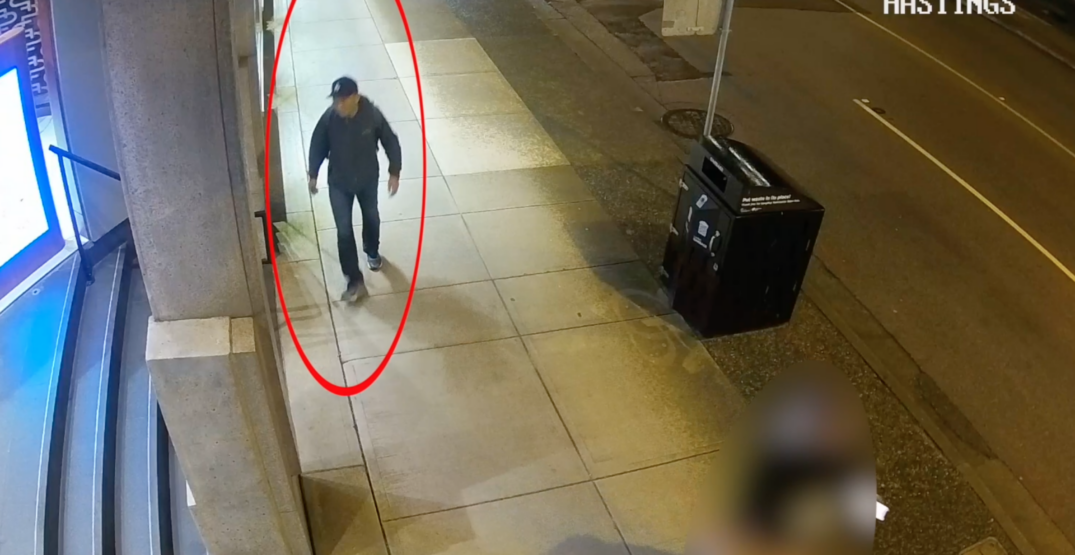 The 26-year-old woman was walking near Hastings and Hornby streets on June 11 when she was attacked by a stranger. The man allegedly grabbed her from behind and sexually assaulted her.

Police say she fought off the assailant, got to a safe place, and phoned 911. The suspect was last seen running south on Hornby Street.

“Her quick actions allowed investigators to secure important evidence, including the video we are releasing today,” Const. Tania Visintin said.

The video shows a man wearing a blue baseball cap. Police say he’s a “person of interest” in the investigation and officers wish to speak with him.

“This was a very serious incident, and because the suspect is still at large we have concerns for the public’s safety,” added Visintin. “We’d like to identify the man in this video and we’re asking anyone who recognizes him, or anyone who saw the assault, to call us right away and speak with investigators.”