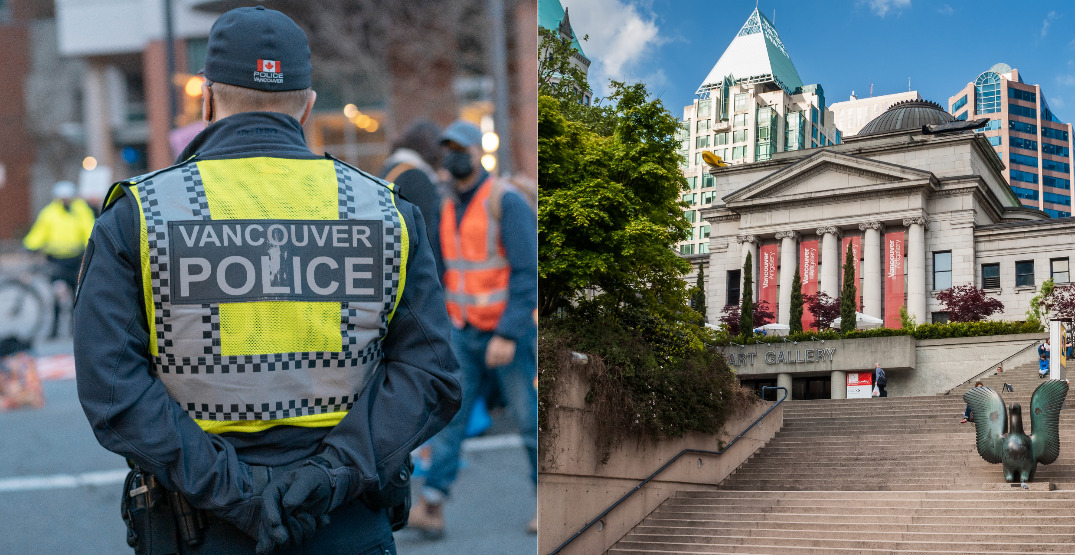 Vancouver Police have arrested and charged a man after he allegedly sexually assaulted two women just minutes apart in downtown.

The two victims were sexually assaulted on Saturday afternoon near the Vancouver Art Gallery.

Police have identified the suspect as 23-year-old Tyler Delorme, who has since been charged with two counts of sexual assault but has been released on bail.

The first victim was a 29-year-old woman who was standing just outside of the Vancouver Art Gallery by Howe and West Georgia streets. Police say she was allegedly “groped by a man she did not know.”

Just minutes later, Delorme approached a 24-year-old woman who was walking in the same area near West Georgia and Thurlow streets. Details of what happened aren’t being shared, but police say she was sexually assaulted.

After the incident, a witness reported it to the police and then began to follow the suspect at a distance.

“VPD officers searched the area and arrested the suspect on Robson Street,” said VPD in a statement.

“We commend both victims who, despite being startled and shaken, had the presence of mind to call 911 and provide detailed information to police,” said VPD Sergeant Steve Addison in a statement.

“Their quick thinking, and help from an alert witness, helped VPD officers track the suspect and quickly take him into custody.”