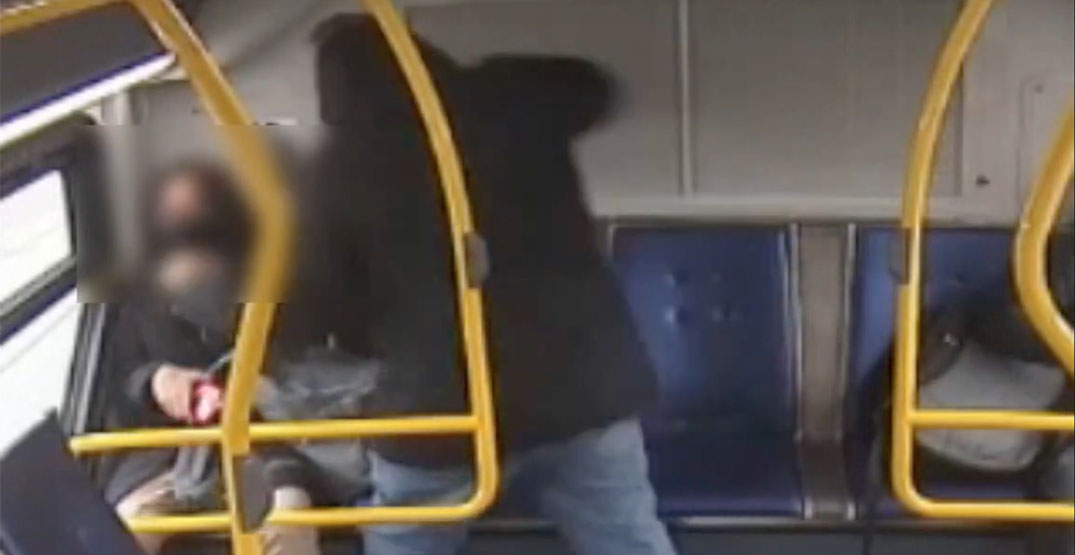 Metro Vancouver Transit Police are searching for a man who punched a 17-year-old girl in the face on a Surrey bus without provocation last month.

In a news release today, the force said the girl boarded the 335 bus headed to Newton Exchange on April 1 and took a seat in the back row. Sometime later, a man boarded the bus and sat near her.

The man began acting erratically, growing more and more agitated as the journey went on. He stood up and blocked the girl in her back corner seat, and eventually hit her.

The man punched the girl in the head several times — so hard her glasses flew off her face, police said. As she bent over to pick them up, police said he kneed her in the face.

The assault was captured on security video inside the bus, where the man is seen leaving after attacking her. He was last spotted at 152nd Street and 84th Avenue in Surrey while the girl told the bus driver what happened.

She reported the incident to police after she got home. It’s not known why the force waited more than a month to alert the public.

“Everyone has the right to arrive at their transit destination safely and without fear of being attacked. Therefore, this unprovoked assault by a stranger is being taken extremely seriously. Our detectives have exhausted all investigative avenues available to them and are now appealing to the public for help, so that an arrest can be made,” Cont. Amanda Steed said. 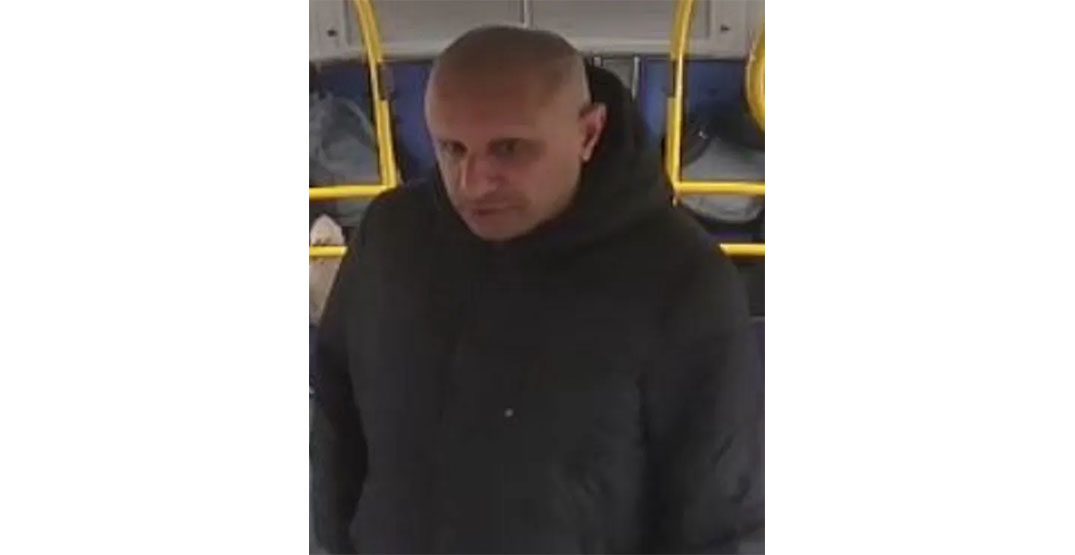 Police describe the suspect as a South Asian man in his 30s or 40s with a medium build, approximately 5’8″ and bald. He was wearing a long black winter jacket, light blue jeans, and black running shoes with velcro closures.