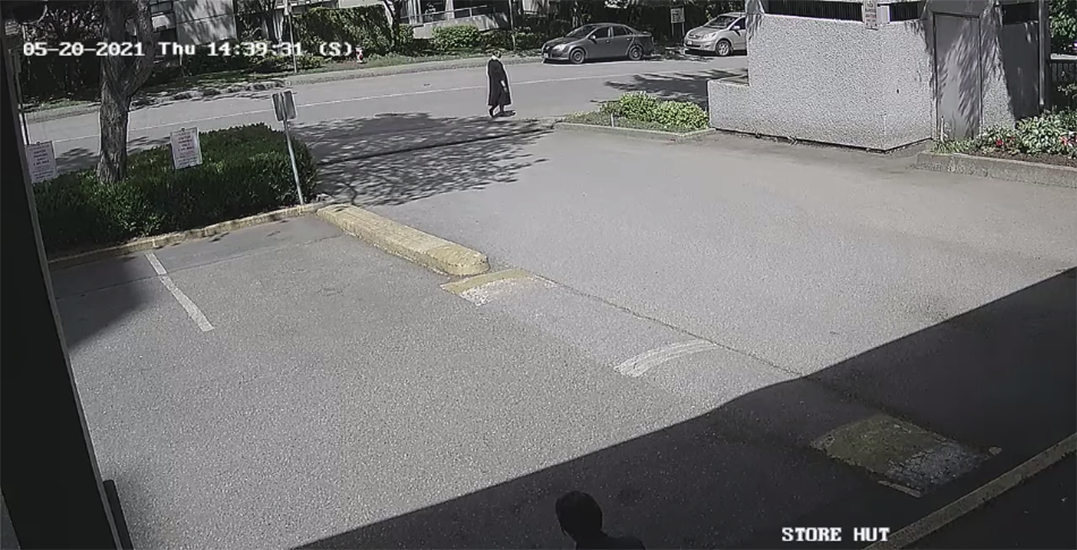 Police are investigating after a senior woman in Burnaby was allegedly attacked and choked by a stranger.

The Burnaby RCMP says that the incident occurred on May 20 at 2:45 pm near Keswick Park, along the 9200 block of Government Street.

The victim, a 75-year-old woman, was reportedly attacked by a stranger. Police say that she was choked and left with abrasions from the assault. She was taken to the hospital but has since been released.

The suspect is described as a Caucasian male in his 30s with short brown hair and weighing approximately 150 lb. At the time of the incident, he was wearing a black mask and a black jacket that went below his knees.

Surveillance footage also shows a man who fits the description in the area during the time of the assault.

Police believe that the suspect fled the scene after being spotted by a witness who assisted the senior victim and called 911. A long black coat believed to be worn by the suspect was also seized following a canvass in the neighbourhood. The motivation behind the incident, however, is unclear at this time.

“The Burnaby RCMP is hoping someone may recognize the suspect seen in the video as our investigators try to track down the person responsible for this,” Cpl. Michael Kalanj said in a statement. “At this time there is nothing to indicate what motivated this attack.”