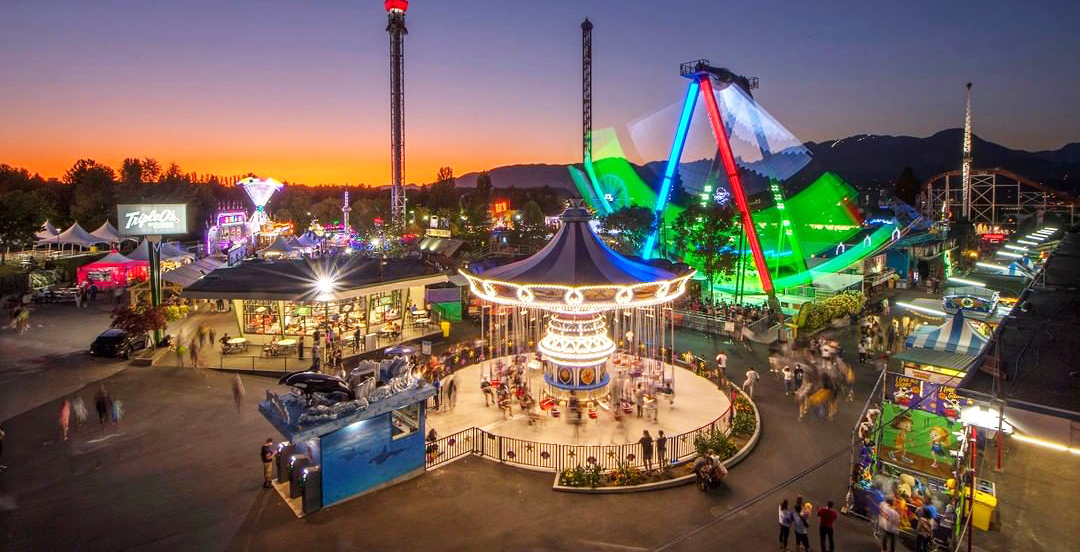 An aerial view of Playland. (PNE/Instagram)

A smaller, scaled-down version of the Fair at the PNE could return to Vancouver in late August.

Following the announcement of British Columbia’s four-step restart plan, the Pacific National Exhibition (PNE) announced that it has started planning for an in-person fair. The opening will be targeted as the province enters Step 3 of its restart plan.

PNE spokesperson Laura Ballance tells Daily Hive that while it won’t look like the traditional Fair, organizers are “cautiously optimistic.”

“Whatever we plan will look different and daily capacities will be much smaller,” she says. “Although it won’t look the same as our traditional Fair, we are excited to bring British Columbia some of their favourites.”

The PNE says that an opening date will be announced in the coming days, with additional details expected over the next few weeks.

In late April, the PNE and the City of Vancouver asked the provincial government for a financial “lifeline,” after announcing that it was $8 million in debt and forecast to be up to $15 million in debt by the end of the year.

PNE President Shelly Frost said that it would take the exhibition a decade and a half to recover from the debt.