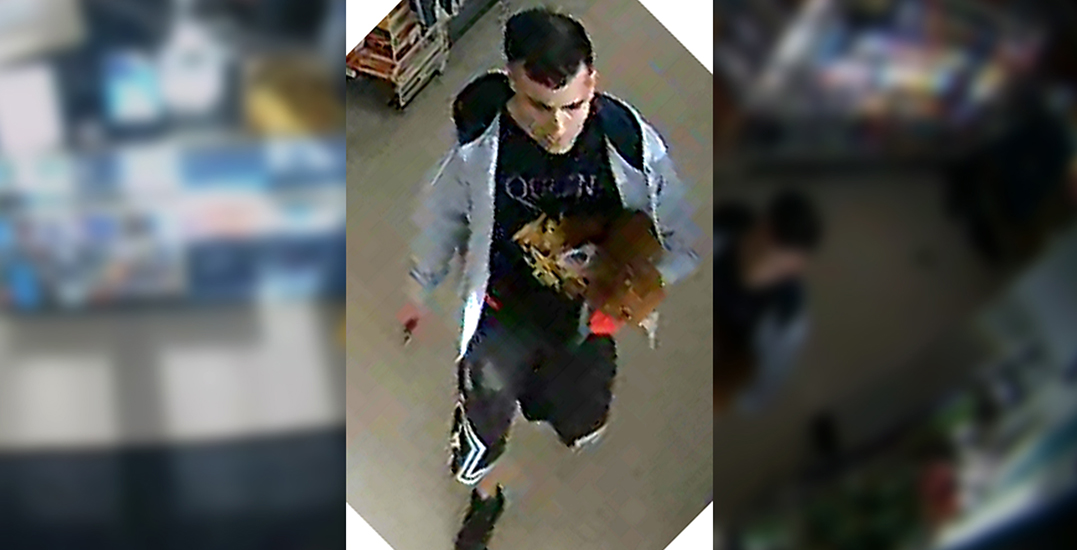 The manager of a 7-Eleven in Vancouver’s West Side was reportedly assaulted and spat on after asking a customer to wear a mask.

The Vancouver Police Department says that the incident occurred on December 17, 2020, just before noon, inside a 7-Eleven near Alma Street and West 10th Avenue.

The suspect, who was carrying a small dog at the time, wasn’t wearing a mask. When the store manager asked him to put one on, the suspect allegedly spat on the manager while yelling profanities at him.

“A witness told police that the staff member and suspect were involved in a physical altercation after the suspect was told to take his dog out of the store and put on a mask,” says Constable Tania Visintin, VPD Spokesperson. “Unfortunately the store manager sustained a cut to his head during the assault.”

Visintin says that investigators have “exhausted all leads to locate the suspect” and are now asking for the public’s help.

The suspect is described as being in his 20s. Police say he’s approximately 5’10” tall with a medium build and dark skin. At the time of the incident, he was wearing black Kappa shorts, a black T-shirt, a light-coloured hooded sweater, and black running shoes.

The fine for failing to wear a face covering in a public indoor space is $230.

Anyone who has information about the suspect or incident can contact the VPD at 604-717-4034.