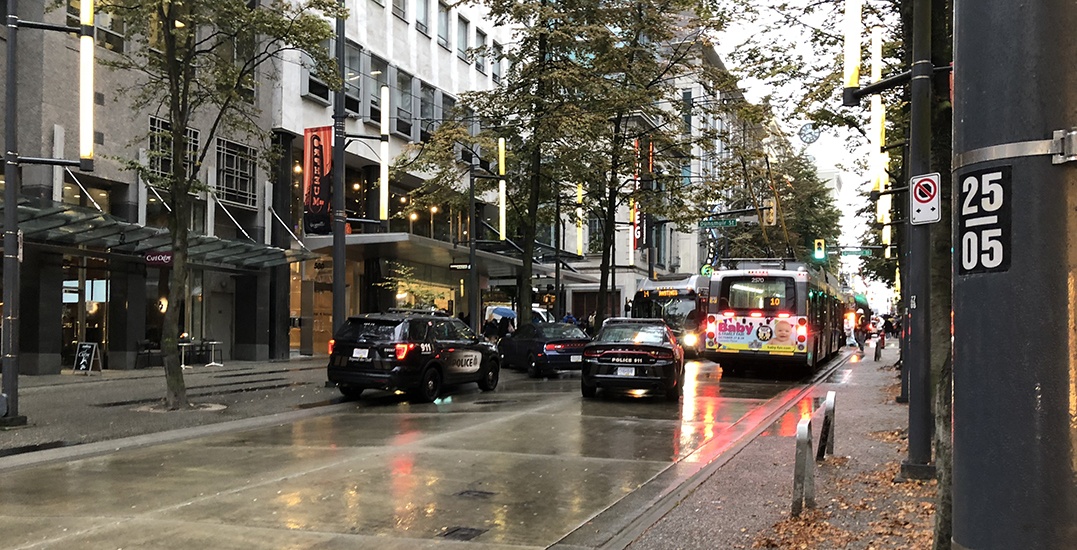 Earlier this morning, a multi-vehicle accident caused major delays for commuters in the downtown core.

The incident began at 8:30 am, when a white Dodge Durango clipped two TransLink busses on Granville and Dunsmuir Street. 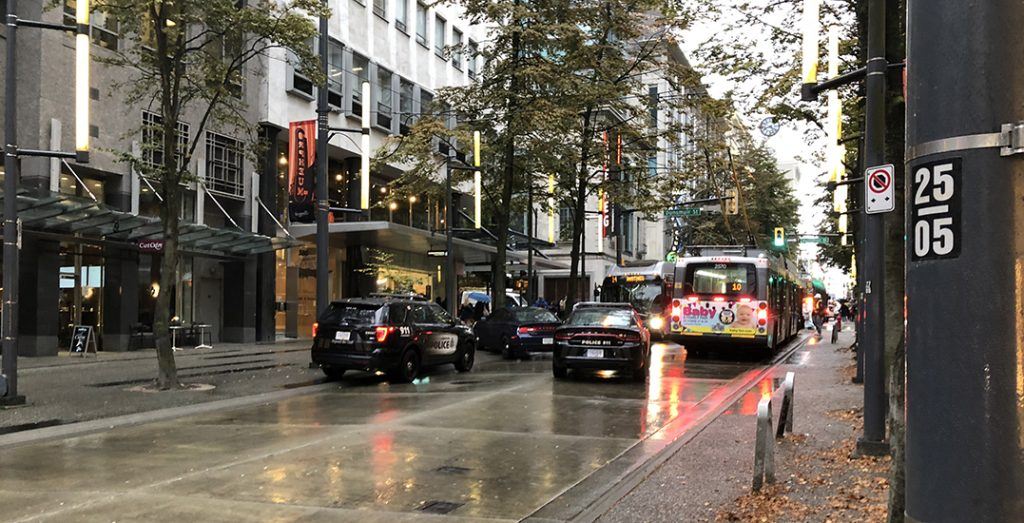 Both busses sustained minor damage. Fortunately, there have been no reported injuries to any passengers.

The collision caused delays to several bus routes on Granville, forcing drivers and transit passengers to detour around.

According to Sergeant Jason Robillard of the Vancouver Police Department, the Dodge Durango was a recently-reported stolen vehicle. 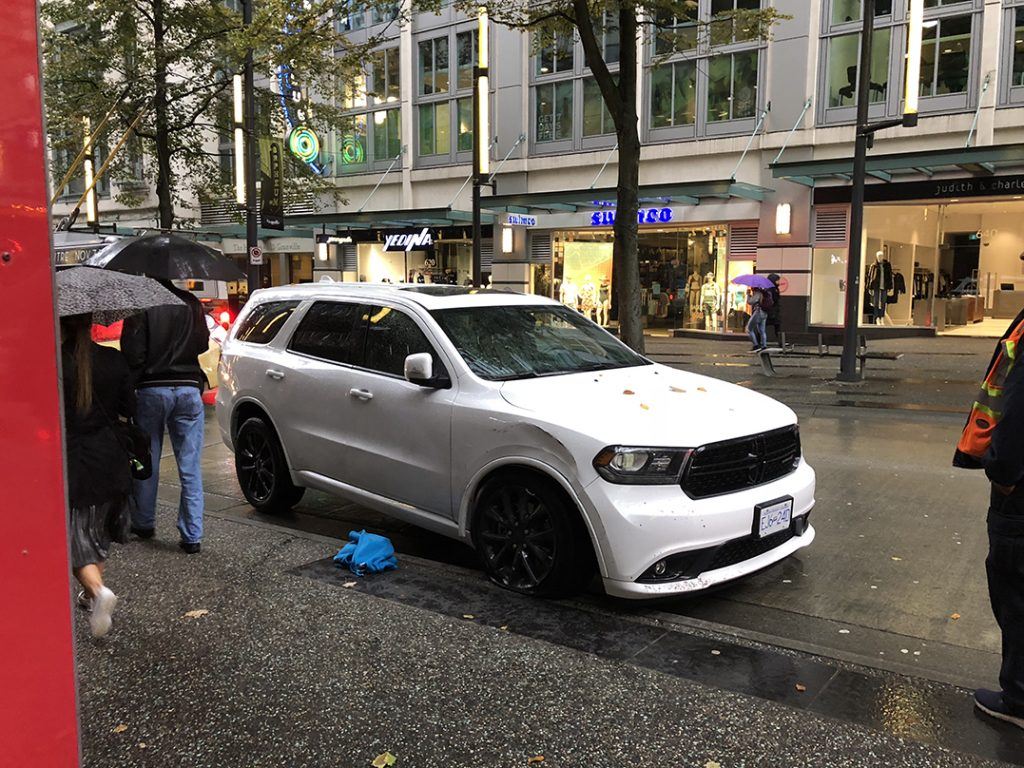 The driver, a woman in her mid-thirties, fled the scene on foot post-collision.

Nearby officers immediately began to search for the suspect, however, she still remains at large.

The scene was cleared several hours ago, with the stolen vehicle being towed.

Authorities are now investigating for the hit and run and possession of stolen property.