Police are asking for Vancouver women to step forward after a litany of indecent acts took place last summer.

Last July, the Vancouver Police Department arrested a 28-year-old man after reports of him exposing himself to young women in the city.

Investigators have stepped forward in this latest update and announced that they believe there are more than 60 other victims.

The initial investigation ran from July 6 to 18, 2018, after receiving reports of a man driving a pick-up truck and approaching teenage girls and young women. 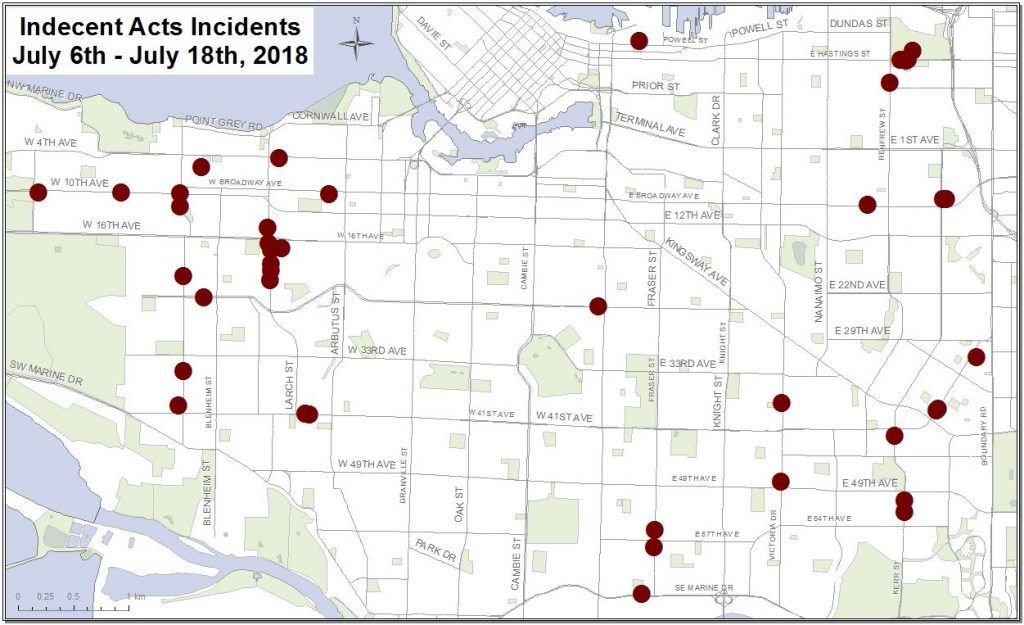 Trevor John Kurjata was arrested on July 18. He was apprehended after a similar incident near MacDonald Street and West 17th Avenue.

Kurjata was charged with five counts of committing an indecent act in a public place and one count of exposing genitals to a person under the age of 16.

He has since been released from custody with “strict court-imposed conditions.”

After an analysis of a seized cellphone, investigators found 30 additional incidents recorded throughout Vancouver involving more than 60 unidentified teens and young women.

“Officers have continued their investigation after the initial arrest and determined the suspect had set up a cell phone to record his interactions,” says Constable Jason Doucette.

Anyone with information about these incidents is asked to contact VPD sex crimes investigators at 604-717-0604.