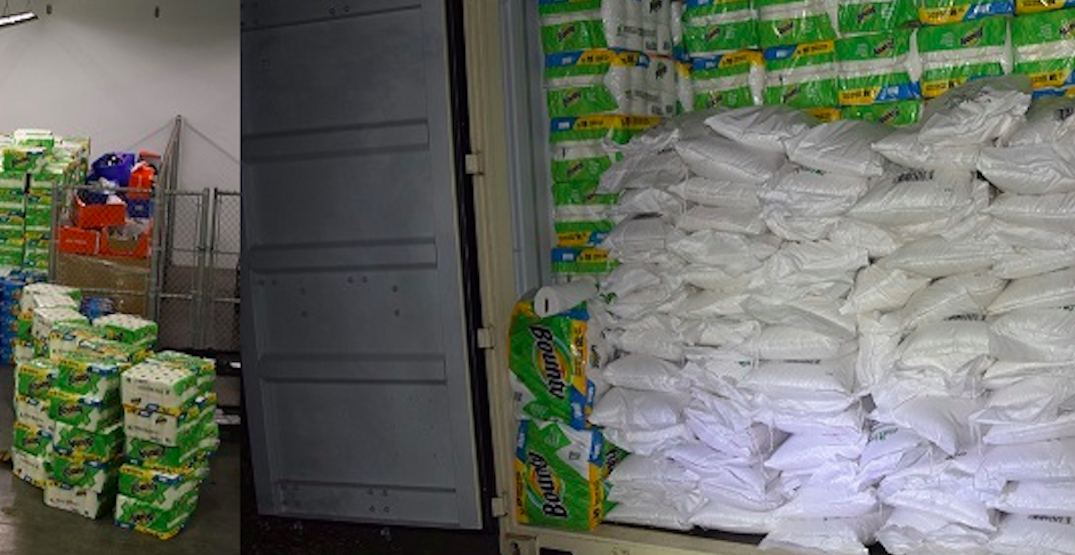 Stolen rice in a warehouse in Langley. (Burnaby RCMP)

An investigation that began with the theft of a large shipping container of rice has led to the seizure of $75,000 worth of stolen goods discovered in a Langley warehouse, police said this week.

According to police, the investigation began on May 10, when Burnaby RCMP received a report that a large shipping container full of rice, worth approximately $20,000, had been stolen from a business in the city.

In mid-June, police received a tip that some of the stolen rice was being sold online and in public. Further investigation into this tip led police to a warehouse in Langley, where a search warrant was executed and a number of items were seized, including the following:

“This warehouse contained a stock pile of stolen goods on a commercial scale and was located after diligent investigative efforts and coordination between a number of units at Burnaby RCMP,” said Burnaby RCMP Insp. Matt Toews.

Police said the investigation is ongoing and charges will be forwarded to BC Prosecution Service once it is completed.

Editor’s note: A previous version of this article erroneously stated the stolen goods were discovered in Burnaby. The article has been changed to reflect the correct location.