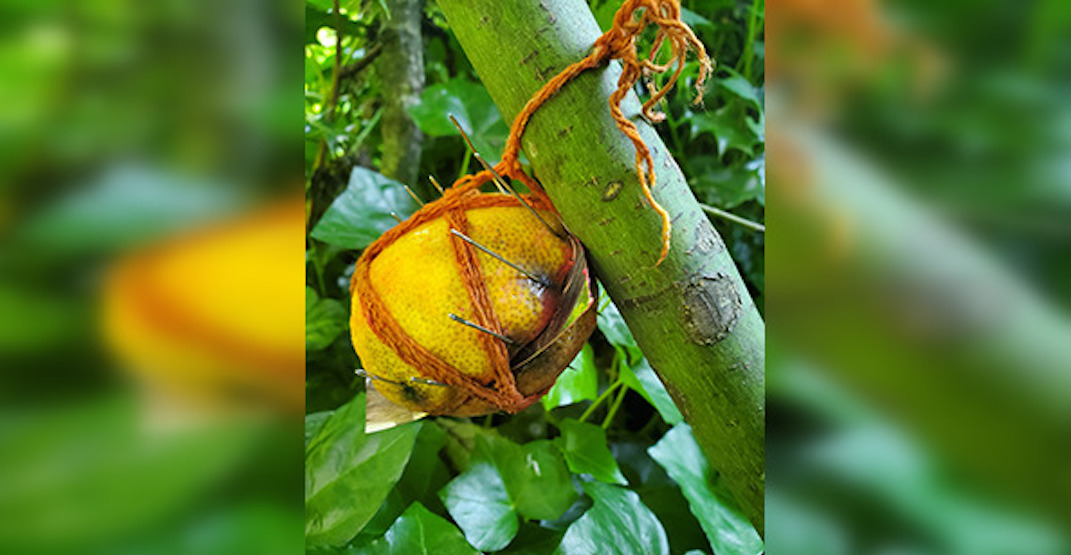 Coquitlam RCMP is asking the public for information after two lemons filled with sewing needles were found near trails in Coquitlam.

According to a release from RCMP, “the first lemon was found hung from a branch in Gates Park on June 22, 2020.”

“A report was made in an email to the City of Port Coquitlam. The second lemon was found on July 14, 2020, tied near a trail by the Coquitlam River at Whyte Avenue. That discovery was reported with an email to a closed Community Police Station.”

As a result of the incidents, police are asking everyone to stay alert, to call police if they find another one, and to refrain from throwing the evidence in the garbage.

“If you see something that could be a deliberate attempt at harm, you must call police on the phone rather than send an email,” says Corporal Michael McLaughlin.

“Both of these lemons were thrown into the garbage by the people who found them. By the time police received the emails, the evidence was gone and an investigation was virtually impossible.”

Police are asking witnesses to call the Coquitlam RCMP non-emergency number at 604-945-1550, or 911 if it’s happening right in front of you.

If you are leaving these lemons full of needles in public, we ask that you stop, and then talk to us to explain what you were doing, says Corporal McLaughlin.